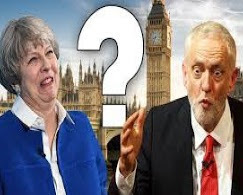 
It is thought that many of these people entered America illegally by the clever ruse of being born there, availing themselves of income tax, debt, CNN, crumbling infrastructure and other perks and benefits of citizenship, then maliciously infiltrating polling stations all across the land and voting for the wrong candidate.

All across America people who did not vote for the President have exercised their God-given right to refuse to accept the President they did not vote for, which when you think about it is what democracy is all about. This has resulted in plans for a new democratic system in which everybody can have their own President and several different governments will be run simultaneously with up to a hundred different Presidents taking it in turns to use the desk in the Oval Office.

This latest election-rigging scandal comes hot on the heels of other scandals, such as the so-called Russian hack in which someone or other (possibly Russian unless not Russian) exposed the truth about Hilary Clinton. Telling the truth about Hilary Clinton or indeed exposing any wrongdoing is considered unfair and probably illegal, especially during an election when the electorate should not be distracted by unimportant considerations as to whether a candidate is a criminal, warmongering maniac and so on. Such distractions are thought to “undermine democracy” in ways too stupid to mention.

And of course there are several other scandals in which Vladimir Putin was found guilty of the crime of being there whilst not being dead. This was the result of a new, completely fair and unbiased justice system known as Trial by Tabloid, which has replaced more antiquated forms of justice and is able to fast-track a guilty verdict without badgering people for evidence. Putin was found guilty on several counts of doing something he didn’t do by a panel of the very best media moguls.

Back in the UK, the latest election results typify a recent trend in which all election results can be declared to be invalid by people who do not like them in a post-election ritual known as “The Mud Slinging.” To overcome this problem, there are plans to hold a new election every week until everyone at the Bilderberger Conference is fully satisfied.

As the Prime Minster explained recently: “Large numbers of people maliciously voting Labour completely undermines the democratic system, which as you know is designed to produce as fairly as possible, a Tory government.”