Government prepares to do something stupid, shock 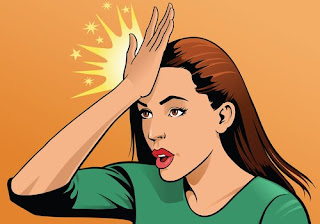 The UK government recently floated in the press that it is thinking of banning un-vaccinated children from school for no logical reason.

This is in line with normal government practice of getting the media to mention that it is probably thinking of doing something stupid yet immensely profitable to its pals,, then gauging public reaction to see if it has any chance of getting away with it.

Health ministers are well aware of their responsibility to safeguard the financial health of their pharmaceutical benefactors and are uneasy about the increase in the number of un-vaccinated children not having produced a commensurate increase in the diseases. This trend threatens to undo years of hard work the government and its bosses in Big Pharma (motto: "Who needs an immune system anyway?") have devoted to instilling terror regarding illnesses such as chicken pox, which nobody used to be worried about. People not being worried about things has been scientifically proven to be bad for the health of governments, pharmaceutical companies and other criminal cartels the world over.

There is also the very real and disturbing threat that if a child not vaccinated against, say, measles gets measles, is poorly for a few days then unpatriotically fails to die and instead recovers as was the case a relatively short time ago before vaccination was introduced, more people might start to think that measles is nothing to be afraid of - or at least less cause for concern than injecting their child with vaccines loaded with harmful toxins designed to bludgeon the natural immune system into apathy, such as mercury, aluminium, ocelot spit and antifreeze.

A Health Ministry spokesperson pointed out that, "Vaccination is absolutely essential for a modern civilised society free from seditious influences such as natural immunity and healthy vitality. In an ideal world, people should have the right to eat as much contaminated junk as they like, sit in front of the TV as much as they like and take as little responsibility for their kids as possible, happy in their dependency on the pharmaceutical industry to keep them alive, yet at the same time too worn out to make any trouble or, hopefully, procreate."

Banning children from school has it own down side of course as modern education plays a vital role in preparing children for an adulthood marked by the virtues of modern citizenry, such as a willingness to believe everything they are told, panic on cue and be unconcerned about small details such as the meaning of words, the difference between propaganda and fact.

Meanwhile, a source close to the Health Ministry has intimated that future plans to relieve the citizen of the need to look after himself may include controversial measures to make illegal the possession of an immune system without a licence.