Sadly, so many people never seem to learn, says spokesperson. 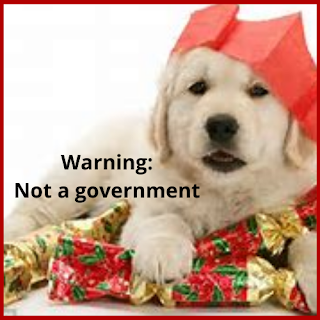 
A spokesperson for the National Organisation for the Prevention of Electoral Stupidity said that, "Sadly, it seems that no matter how often these calamities happen, some people just never learn."


He went on to explain that people all too often fail to take into account the long-term consequences of the impulsive decision to adopt a government. The novelty of having a new government cavorting endearingly and performing cute and lovable antics such as playfully starting a new war or giving Europe a hard time in the traditional manner soon wears off once the Christmas period is over.

When it does and the euphoria and bonhomie of the festive season evaporate, the reality of one's responsibility for feeding, training and exercising an expensive and often feral government soon sets in.

The health bills alone can be astronomical and new owners will discover that the lovable government that initially charmed its way into their affections, if not properly house-trained, will tend to run around breaking promises and damaging stuff such as your transport system, national pride, faith in humanity and so forth and you will have to move swiftly to move these out of harm's way, along with anything else fragile, such the environment.

It will leave all manner of unsavory deposits where people are likely to walk into them, such as gaffs, goofs, fibs and large piles of debt and all these will then have to be cleaned up, often at considerable expense.

Then of course there are the smells, such as the whiff of scandal or something rotten under the Manifesto and these can often linger for decades.

Inevitably there will be the sleepless nights when you are denied peace and quiet by its incessant loud whining about the mess left by the global economic downturn, and hysterical barking whenever Vladimir Putin walks past the house. The loud barking and jumping up and down are, of course, its way of guarding your property, except that it will tend to bark and "rattle its sabres"at all the wrong things, whilst banksters and corporate mafiosi calmly walk off with your infrastructure.

One's tolerance will be further stretched by its insatiable need for attention, which it expresses by starting a war in the Middle East on a regular basis or chewing up the NHS if you are careless enough to leave it lying around, trampling on your prospects, eating all the money in your wallet and so forth.

It is a tragedy that people do not think of the long term commitments and responsibilities of adopting a government, a pet that will prove well nigh impossible to train, so frequently disappoint and turn out be not so much a lovable companion as an annoying liability that soon has to be put down.