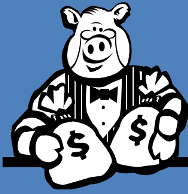 In the wake of the Tory Party's stunning general election victory over an assortment of globalist front groups, the new Minister for Unemployment, Slim Pickings, today announced a shock u-turn in the government’s traditional policy on benefits and handouts to people who refuse to work.

He explained that the government’s erstwhile strategy for economic recovery, once hailed as a “veritable Titanic of fiduciary wisdom” is to be abandoned.

This policy was predicated on the scientific theory that if you reward people for not working by giving them billions of dollars everything will be all right. While many say that two hundred years is not long enough to test any policy and a couple of thousand would be more appropriate in that it gives plenty of time for a miracle to occur and the natural laws of the universe to spontaneously change, the government is having second thoughts.

The about-turn is believed by some to have been catalysed by a series of relatively minor events such national bankruptcy and the collapse of the globalists' European Empire before it really even got started, causing Europe to experience birth pains and death throes more or less simultaneously.

However, the government cites the latest research that uncovered a previously hidden economic principle: that the wealth of a nation is somehow linked to producing goods and services and not, as previously thought, saddling producers with large amounts of tax and debt.

Surprising as the discovery may have been, the government nevertheless acted with customary speed to spare its citizens unnecessary hardship, taking only a hundred and fifty years to affect the necessary course changes. Mr Pickings explained that the previous policy had “on reflection proven a bit disappointing if you are, as are some in government, in favour of everyone not getting poorer (except the recipients of the aforementioned billions anyway).”

Pickings further explained that whilst a charitable stance towards the democratic rights of needy and deprived sectors of the community has been a matter of justifiable pride for politicians, congressional committees, lobbyists and other ordinary Brits, there are now serious doubts as to whether supplying money on demand to “scroungers and layabouts” has been an entirely good idea.

According to the latest report entitled “Discovering the Friggin’ Obvious” a serious drawback of the scheme, in which millions of blank checks were donated to worthy causes such as the IMS (International Money Speculators Benevolent Fund) and Help the Aged Rothschild, has come to light: economists noticed that it operated in the manner of a vacuum cleaner that hoovered all the money out of people’s wallets and deposited it in the bank accounts of twelve needy families living in deprived areas such as the Seychelles, Cayman Islands and Israel. The twelve families cannot be named at this time for security reasons but are thought to be living in painfully large houses and on a diet of caviar and cocaine at the tax payers’ expense.

“After giving the scheme two hundred years to prove its worth and encouraged by armed uprisings in which millions of middle class revolutionaries left angry comments on Facebook and had to be calmed down by midnight visits from goodwill squads of armed counsellors, we have decided that enough might at this stage be enough.” Mr Pickings announced. “Henceforth, it will be government policy not to hand over money willy nilly to people no-questions-asked just because they threaten to collapse the economy or blackmail the Prime Minister into starting World War Three.”

One family for instance, the Rockercenters of New York, have just entered the Guinness Book of Records for having not produced anything of value to man or beast for two hundred unbroken generations stretching back to the time of the Pharaoh Aakheperre Pasebakhenniut I. Yet a visit to any one of their three hundred and twenty nine hovels scattered across the Northern hemisphere reveals that they have nevertheless enjoyed a lavish lifestyle at public expense, raising large unruly families whose children grow up to worship Satan or enter criminal careers such as politics, banking and corporate piracy.

The so-called “Boat People” is another case in point. These families are forced to live crowded into luxury yachts anchored offshore from squalid shanties in such hellholes as Monaco and St Lucia. However, things are destined to become a lot worse for this deprived sub-class as the government cuts the purse strings and casts them adrift to fend for themselves without any useful skills apart from shoveling money about.

Mr Pickings also pointed out that forcing truckloads of money on people without requiring them to earn it, is not doing them any favours. The recipients of handouts invariably suffer low self-esteem and can been seen congregating in desultory gangs around politicians, casinos such as the London Stock Exchange and crime hot spots such as Westminster.

Others among these co-called scroungers and parasites, with no worthwhile purpose in life except spending their handouts, form gangs and crime syndicates with street names like “The Illuminati” the “The Bilderbergers” or “The Central Bankers” that then while away their idle hours playing war games with real countries or Russian Roulette with the food chain. It is believed though that many are becoming hooked on video games involving drones operated from laptops, with points scored by killing so-called “people” in Pakistan.

Others have descended into drugs trafficking, bankrolling gangs known colloquially as “The Manufacturers”. These gangs command an army of pushers known as “The Doctors” and will stop at nothing to extend their evil empires, targeting children as young as 5 by pretending they have a made-up illness called ADHD and then offering them drugs that will “make them feel a lot better the way heroin does” or simply “really cool like all their coke-head friends and parents.”

The government is proposing to build “resettlement camps” into which all such scroungers and professional non-producers can be rounded up, persuaded to hand back all their money to the sixty-four million or so people from whom it was stolen, retrained in useful skills such as carpentry and flower arranging and put through a rehabilitation programme that will gradually reacquaint them with the human race.