Tests reveal thousands across the country may be dim 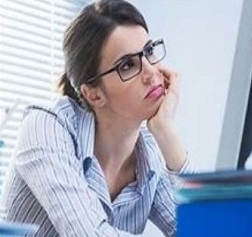 News just in is that the government is seriously concerned about top secret "eyes-only"advice from its top secret experts that idiocy may be set for a sharp rise - the so-called THICKID19 Second Wave (or Tsunami).

The cause of the vaguely threatening stupidity pandemic is known to be, according to "guessperts" at the NCCJ (National Centre for Conclusion Jumping) a hitherto undiscovered virus that recently escaped from a London-based Stupid Research Lab and made everybody in Westminster quite thick.

The evidence that the virus has spread across the country bringing about an epidemic of thickness is now fairly incontrovertible on the grounds that nobody can understand it enough to argue about it.

After the outbreak in Westminster, a study was done in the randomly-selected town of Leicester to attempt to gauge the extent and speed of spread of the virus. IQ tests done last year on 200 people in the city revealed that at that time only 5 people were quite dim and there were 4 more severe cases of complete stupidity. These were considered fairly normal levels of popular stupidity - as one expert at the University of Leicester's IQ Department put it, "Nothing to get your knickers in a twist over."

But two weeks ago, mass IQ testing of the entire population of the town revealed that more than 100 people are dim (a 20-fold increase!) and no fewer than 80 people are, to put it scientifically, "as thick as two short planks" (again, a terrifying  20-fold increase!!)

IQ testing was then extended to the Greater Manchester, Glasgow and Greater London Areas where the Prime Minister exercised emergency powers to bring in troops to force tens of thousands of people to sit IQ tests. The operation was hampered by shortages when the testing centres ran out of pencils but over the ensuing days, as more and more tests were done, more and more infected people were discovered, revealing a spike in stupid cases that mirrored the terrifying spike in Leicester!!!

It was then that government's top secret advisers drew the only conclusion at all possible under the circumstances, that the rise of people testing positive for being dim or really thick must be due to the spread of a hitherto unknown virus known as THICKID19 !!!!

In an effort to stop the spread of stupidity, the government instigated the following measures:

* Everybody was told to go to their room and not come out until given permission.

* As the virus is thought to be media-borne, a complete ban on reading tabloid newspapers. Government compulsory advice offers mandatory guidelines that stress the ban is not on people buying tabloids, only on reading them.

* Shutting all schools. The British education system is known to be a high risk area for catching the virus.

* Declaring being stupid illegal with anyone guilty receiving a £1000 fine.

* Closing all pubs as rational thoughts do not travel easily through alcohol.

* Start a dictatorship as this is a well known cure for an epidemic of stupidity. The government naturally turned to Vaccine Supremo Gill Bates [author of the best seller, "Vaccines are Brilliant and I'm not even Lying"] and it was then it was revealed that the nation had had incredible stroke of luck. It emerged that the Gill and Vampira Bates Foundation had a vaccine for stupidity sitting in the fridge in case stupidity ever broke out!!!!!

The vaccine has been proven by extensive secret research using Crack as a placebo that it can raise IQ by as many as 900 IQ points and "make everyone a genius". This claim has since been verified by more than a dozen scientific press releases from leaders of the research team, Professor Ewan Bonkers and Dr Timothy Loony.

The Vaccine, known as Brainiac12, only has a few insignificant side effects such as violent psychotic rampages, developing gills and, in a small percentage of cases, (no less than 12%) full or even partial eyeball loss. However the manufacturers, Specter and Ghoul, are quick to stress that the dangers are considered by marketing experts to be completely outweighed by the potential profits.

Are the government's IQ tests rigged? Dissident scientist Dr Dolores Brainwave has produced a video that proves the government has been rigging the IQ tests so as to propagandise fear mongering about a stupidity outbreak, by having illegal immigrants who speak only Albanian  sit IQ tests written in English. see page 2345