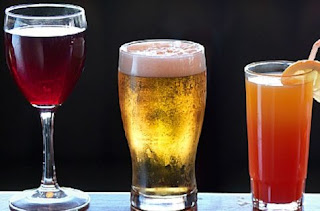 Experts have been alleging for many years that alcohol has many uses, apart from the obvious one, and among these is that it helps you get stains out of clothes.

Truth or myth? I decided to put this to the test in a carefully controlled experiment.

One of my favourite shirts had acquired a coffee stain that, while it bore an uncanny and almost mystical resemblance to Archbishop Desmond Tutu, was nevertheless annoying. I had not had much joy using the usual stain removers so I decided to see if alcohol would help.

Well, I started with whisky but after half an hour decided it was not helping at all.

So I moved on to vodka with much the same result. The stain was not proving any easier to lift.

My shirt still had its coffee stain but by then I was so pissed I could hardly stand up. At least I was no longer unduly bothered whether my shirt was stained or not.

A new vomit stain on my trousers is a worry however, so if anyone knows of anything that would help me remove it, please write to me as soon as I get out of rehab.