My wife says this can't fail 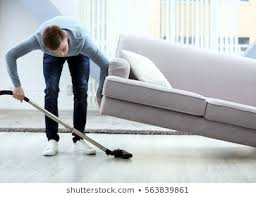 Steve Cook
Our Man in a Face Diaper

I am now enthusiastically hoovering our entire apartment every single day!
It has become part of our daily decontamination regimen alongside burning the bedding and keeping the windows shut so the  virus can't get in.

This is because scientists have discovered that whilst Coronaviruses lurk and breed in fitted carpets, the average vaccuum cleaner does a really really good job of sucking the bastards up.

I was alerted to this by my French wife who found an article on the internet which is, sadly, highly technical and in French so she had to translate it for me, then paraphrase it in simple layman's terms because not only is my French really bad, I'm not all that good at English either.
Since then the hoover, once a stranger, has become my best friend, although admittedly it took me a while to get the hang of how to use it. I discovered for instance that starting it does not require yanking on the recoiling power cable like a chain saw or outboard motor. Men should first watch the instruction video below that shows what NOT to do.
The wife has seemed a lot happier lately thanks to the reassurance of knowing her hubby is pulling out all the stops to protect her from the evil virus that has killed small businesses across the planet.
For those of you who are technically-minded and bilingual, the article that inspired this domestic and health revolution appeared in Le Monde. It is entitled "Ta bière est tiède et ton fromage est nul, huards anglais!"