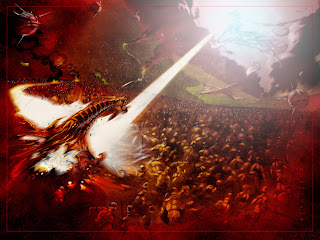 mention in their manifestos certain key points in their plans for the country, the Tory party has issued a revised manifesto.
by Steve Cook

It will present the new manifesto to the people at the soon-to-be-held general election that will result from the discovery that the recent EU Referendum was actually a PR exercise and not, as many people thought, an exercise in democracy.

A slight administrative error had caused a succession of governments to omit from their manifestos certain points that, it surprisingly turned out, the country's voters would quite like to know about.

As Tony Blair - the former PM who has since devoted his talents for fibbing to helping the Remain camp perfect the art he did so much to ....er, perfect - explained: "Whilst we thought that tinkering with income tax and promises to balance a budget that is impossible to balance and a lot of other policies so vague nobody can remember what they were, were absolutely vital for people to know, we honestly and sincerely thought that minor matters such as plans for war were too unimportant or trivial to squeeze into our election pamphlets."

As you will recall, the last time Labour got elected, it was on a manifesto whose promises became miraculously expunged from human memory - and the memories of the Labour government - as soon as the election was over. But what has now been discovered through the veil of mass amnesia is that labour completely forgot to mention its plans to have various wars, in Yugoslavia, Iraq and so forth.

Similarly, the Tories forgot to mention in their own manifesto anything about the small matter of picking a fight with Russia and starting Word War Three.

A spokesperson for the Conservative Party explained: "It was an easy enough mistake to make. With so many things for the British people to worry about, we assumed people would not mind a small amount of nuclear holocaust which, let's face it, would bring nothing but benefits to the economy and unify the nation against a common threat, even if the threat was made up a bit. Therefore we did not think the electorate would want to take such matters into account when deciding whether to vote for us - especially as Labour's plans for war were for blowing up pathetic little Iraq rather than going toe to toe with someone who can fight back."

Reportedly, the Tories were taken aback to discover that a lot of people thought the matter of a war was quite important, almost as important as it was unnecessary. There is no accounting for the fickle nature of the populace and its tendency to attach undue importance to frivolous issues such as (a) not killing anybody if we can possibly avoid it and (b) not getting killed, even when war would be of tremendous benefit to worthy causes such as the profits of arms manufacturers, the purveyors of antidepressants and luxury fallout shelters, and the RSPC (The Royal Society for Population Culling, which seeks to make drastic cuts in population down to a more sustainable level [about 3,000]).

Many in the political establishment believe that whether to have a war or not is not really something the general public should worry its little head about and is too vital to be presented to a population notorious for being too easy-going by half.

Besides, it is well known that if such an important decision had been left to the people, accompanied by a wild and irresponsible dissemination of the truth, most of the wars of the last few hundred years would not have happened. And there no knowing what kind of a mess that would have left us in.

There is however a school of thought that says perhaps we should try going a while without starting a war with anybody and see what happens, whilst others retort that there is no room in modern politics for that kind of extremism.

Be that as it may, the Conservative party has bowed to pressure from the general public and other extremist factions and reluctantly included its plans for war in its next manifesto. Here is a sneak preview:

If elected, the Conservative party promises to:

(a) knock of a penny from income tax

(c) try not to let the roads get any worse

(d) stop some hospitals from falling down

(e) get us out of debt by increasing everybody's debt

(f) start a war with Russia

On point (f) it later expands:

We feel that a war with Russia is a really good idea and much needed at this time, although the reasons why it is needed must be kept under wraps for now for security reasons that have nothing whatever to do with the Rothschilds and their determination to kill off the human race or the hopes of the Zionists to inherit the Earth everyone else has vacated.

Certainly, it will provide a much-needed boost to the economy and stimulate the banking industry which will be forced to lend us even more money we can't pay back. Moreover, it will provide work for the unemployed whilst keeping everyone's mind off more worrying matters such as whether Boris Johnson is a loon, the apparent takeover of our ally the US by some sort of Mafia or the fact that our country is slightly bankrupt.

Voters need not worry about how much a war with Russia will cost as we plan to borrow the money to pay for it from banks who will kindly print it so they can lend it to us. This will enable us to defer the cost of Armageddon onto our children and children's children who will have to pay for it if they are still alive - which they probably won't be so it's really a win win scenario!
Therefore, we plan to launch a mobilisation of the media to (a) annoy the hell out of Vladimir Putin in the hopes that he will start something and (b) convince everybody all the ills of the world are Russia's fault.
We are confident that the British people will see the wisdom in such a reasonable course of action and that nothing could possibly go wrong.
The rationing, power cuts and general sharp drop in our standard of living, not to mention a little bit of radioactive fallout and the flattening of Melton Mowbray by a stray missile, are a small price to pay if we are to sleep soundly in our beds untroubled by imaginary threats.