Following a ten-year campaign by devotees for the sport's recognition, the IOC have finally agreed to make the Wet T-shirt Contest an Olympic event. 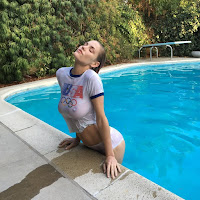 
The announcement was greeted with jubilation by fans of the sport the world over. Many believe that they have to thank for this forward step a relaxing of the criteria for entry into the Olympics that saw another popular sport finally granted Olympic status six months ago.

The sport is Whack-a- Mole. For anyone who thinks that means wanking, for clarification we feature here a picture of The United Kingdom's Dave Grit on his way to a gold medal at the 2017 Whack-a- Mole world championships last year. 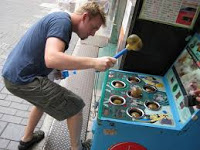 As for the Wet T-Shirt sport, it is expected to be represented at the Tokyo Olympics in 2020, with athletes from over 50 countries already in training for it.

Its inclusion in the recent Commonwealth Games was a huge success, with the women's event  (winners' podium pictured right) attracting crowds of over 100 000. The attendance of the men's event (3) was however something of a disappointment and an investigation is under way to try to discover the reasons why the men's version of the sport fell so flat. 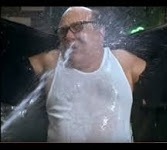 Pictured (left|)Terrence Brillo (GB) now in training for the men's event thanks to support from the National Lottery and (right) Alice Heft the USA's contestant in the Heavyweight division.

London: The snubbing of the Wet T-Shirt event by Muslim countries shows just how much Muslims hate the Olympics in particular and t-shirts in general, says Rob Pillage of Britun Furst (slogan "We Are Not Demented").

Lausanne, Switzerland: Russia to be banned from the Wet T-Shirt event after silicone implants accusations, whilst not proven, are reported in the press (see Putin Silicone Breasts Shock) as if they have been (which is worse). "Anyone sinister enough to have been accused of something is just asking for trouble." says Boris Johnson.