Popular Biscuit may be Bending the Space-Time Continuum 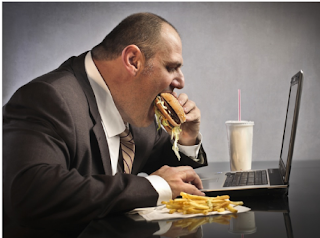 Intensive research is now under way in an effort to unravel the mystery of the McVities Chocolate Hobnob, which scientists believe is violating several laws of nature (especially the Law of Conservation of Energy) not to mention some strong hints and helpful suggestions (such as gravity).

It was Albert Einstein, a huge Chocolate Hobnob fan, who first noticed some startling anomalies associated with this popular delicacy.


He was the first to hypothesize that a misalignment of subatomic particles (photons, electrons, futons and tampons) deep within the biscuit's chemical structure may actually be warping the space-time continuum in ways not yet fully understood.

It was Einstein who came up with the mathematical formula E=MC2 which was often later misunderstood to be a formula for the release of energy from matter (or something or other). MC in fact stand for "McVities Cookie" as Einstein used the American term for biscuit.

Many believe that solving this mystery may lead to many technological marvels such as Hobnob-powered space ships or the Biscuit Bomb that could render the H-Bomb obsolete and hand the confectionery industry total mastery of the planet.

Research thus far has verified findings by Einstein and earlier researchers that a single Hobnob, weighing less than half an ounce can cause the person who consumes it to gain three pounds in weight overnight - something that was hitherto considered impossible according to the Laws of Physics as as we know them.

This writer (pictured above eating the Hobnob Burger, which he invented), has conducted his own extensive programme of research over more that thirty years and can verify empirically that this phenomenon does appear to be both factual and consistent.