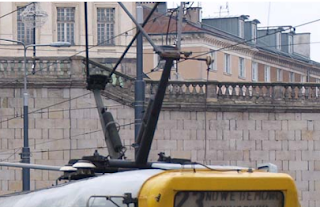 A British invention is set to revolutionise the concept of the environmentally friendly automobile by harnessing the wind energy generated by a moving vehicle to dry laundry, thus slashing household electricity bills.


The problem of drying clothes has long been a thorn in the side of people across the civilised world, with tumble- and spin dryers notorious for requiring large amounts of electricity. This of course causes household electricity bills to soar catastrophically.

Even more worrying is the impact upon climate change of millions of dryers all working flat out every minute of the day. The anxiety has caused millions of people to take antidepressants due to the stress of not knowing what “climate change” means exactly and therefore being thrown into a chronic uncertainty as to whether to panic or not.

Moreover, scientist now believe that the vibrations caused by the aforementioned millions of spin dryers has caused the UK to move half a centimetre closer to America, with experts predicting that at this rate of tectonic shift, the UK will reach Florida in 227 hundred million years. Although this will mean much cheaper transatlantic flights, it may cause problems with Britain’s EU membership if Brexit has not happened by then.

The British company claims to have solved this problem, enabling people to save on their electricity bills whilst being really nice to the environment.

The company is the car accessory giant Autobits and their invention is a cunning adaptation of the standard car roof rack, the so-called “Roof Horse.” This is a clothes drying rack (see picture) that can be easily fitted to the roof of any standard saloon by any ordinary motorist armed only with an adjustable spanner and an engineering degree.

The roof horse can accommodate even large family washes and comes complete with a set of state-of-the-art clothes pegs. One’s laundry can thus be pegged to the roof rack and as the motorist drives along, the previously wasted energy created by the car’s slipstream will dry the clothes. Thus, one will be able to completely dry one’s clothes even on a short but ecologically efficient drive to the shops and back.

Autobits have also designed a larger version that can be fitted on the tops of buses (see picture) thus enabling passengers to dry their laundry for the cost of a cheap bus fare.

For even greater drying efficiency Autobits are also developing a deluxe version of the ingenious Roof Horse based on the revolving clothes line (see picture). The revolving Roof Horse is confidently predicted to slash drying times by as much as 300% over the standard model.

Car manufacturers have been quick to pounce on the idea, with Nissan for example planning to produce a range of vehicles with the Roof Horse fitted as standard. Based on the 98 bhp (brake horse power) Nissan Almera, the new 27 chp (clothes horse power) Nissan Laundromat will be launched, according to the manufacturers, in 2021 in time for the UN’s Hang Out Your Laundry Day.

A luxury version of the Nissan Laundromat will feature a sliding sun roof enabling a passenger on the back seat to retrieve the dried laundry whilst the car is still in motion. He (or she, for this is a non-sexist invention) can if he (or she) wishes then iron them on a specially fitted foldaway ironing board cunningly incorporated into the rear of the front seats. The car comes with its own iron, which can be plugged into its cigarette lighter, thus cleverly saving even more time and energy

RELATED NEWS:
Rover to introduce the Rover Spud 1800 Bootleg, a car that not only runs on alcohol but distils its own fuel from potatoes in the boot.