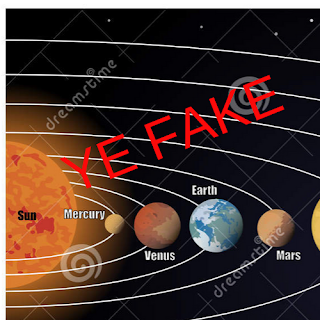 
Dismay erupteth in Britain as ye countrie’s “Truth Tsar” be sacked by a government outraged by his insistence on facts.

Ye task force cameth forth four years previously under ye aegis of ye Ministrie of PR and Righteous Noises to combat ye most vexatious “plague of superstition, witchcraft and bigotrie” that hath laid waste a generation of skilled and learned gentlefolk and robbed beloved Britannia of great multitudes of her most perspicacious minds – as well, forsooth, as afflicting ye Parliamente and ye Civil Service.

FAKES’ first director, known in ye parlance of ye common folke and ye popular tabloid circulars as ye “Superstition Tsar,” was ye learned Brian Darwin esquire, a Doctor of Economie, who ran FAKES for its inaugural year until ye eruption of a most unseemly quarrel with his governmental overlords over his claims most controversial that ye Earth was not – contrary to beliefs most popularly held, at least in ye royal parish of Westminster – in fact sitting on ye back of a giant turtle.

His replacement, ye most venerable Professor Trevor Galileo, be considered in circles numerous and broad to have been a highly effective director during his ensuing three year tenure and hath been most fulsomely praised therefore. He is most rightfully accredited with ye elimination of witch burning in Shropshire, for which he contendeth there existeth “no evidence in all ye annals of science to justify ye claims of efficacie asserted in its favour,” and a decline most precipitate in human sacrifice statistics in ye great conurbation of Manchester.

He also invented ye telescope. It was most widely considered at ye time of ye successes aforementioned that his bold stance on such matters and ye zeal with which he hath pursued his mandate foretold an inevitable collision with ye Department of Prevarications and Equivocations (DPE), whose role is to provide ye certitude that no official or emissarie of ye government doth anything that might engender that most dread of all consequences both social and political: change.

Ye aforementioned collision did most fortuitously never materialise and in some circles this was considered attributable to professor Galileo‟s unwavering fortitude of purpose, while detractors, most particularly ye grass roots movement, Ye Fellowship of Ye Unimpressed (F.U.) have argued ye impressive statistics were derived by virtue of a slight of hand most typically governmental, involving a sly redefinition of applicable terms: a witch was redefined as a “woman with warts” and human sacrifice did not count as a sacrifice if ye “sacrificee”, in the opinion of ye “sacrficor,” had it coming.

Such technicalities aside, professor Galileo was highly regarded in academic circles as well as by advocacie and support groups such as ye National Alliance of Ye Ignorant, Necromancers Anonymous and End Sacrificial Evisceration, for ye industrie of his group in “sweeping up ancient and outmoded beliefs in ye vacuum cleaner of veritie,” as Quentin Backhander, Votebuyer MP for Darkages-in-Perpetuity, Devon so aptly put it in an address to ye Inquisition Select Committie last Michaelmas Eve.

A most regrettable yet inevitable collision with his governmental overlords eventualie came this week with Professor Galileo‟s forthright contention that there was “no scientific evidence to support ye assertion that ye Earth be ye centre of all God‟s creation and, in truth, all ye evidence suggesteth that ye Earth, along with ye other planets of ye celestial sphere, doth in truth orbit ye sun.”

In a scientific paper released on Wednesday, he proclaimeth, “I have examined ye scientific evidence and can find no support for ye notion that, astronomically speaking, ye Earth be more important vis a vis ye sun or indeed ye rest of ye cosmos than, say, Mars or Venus. Indeed, Earth be one of many celestial bodies that revolveth around ye sun, which maketh ye sun, so far as our cosmic neighbourhood be concerned, much more important.”

Professor Galileo was immediately rebuked and admonished from all quarters of government for his controversial assertions. Scoffed one spokesman from ye most senior echelons: “Obviouslie, ye can use scientific evidence to prove anything.” While another accuseth ye professor of “Overstepping his bounds,” then addeth in tones most scathing: “Ye committee for Furthering and Advancing Knowledge and Ending Superstition hath no business entering…..er, facts into ye debate.”

Quoth ashen-faced Director General of ye DPE, Wantme Hedexamind, “Everyone in Whitehall be profoundly shocked and ashen-faced over professor Galileo‟s pusillanimous remarks. Everybody knoweth ye sun goeth around ye Earth and no amount of looking at ye universe through those telescope thingies or evidence to ye contrarie be going to change that fact. We’re all for science here in Her Britannic Majesty‟s government but not at ye cost of undermining ye way we think about things.”

Professor Galileo refuseth, even under tremendous pressure from his employers, to retract his remarks and announce that he had forgotten to take ye lens cap off his telescope when observing ye planets. He maintaineth that he “can‟t help ye scientific evidence and if ye government liketh it not, it will just have to sack me.”

He was then sacked and now faceth ye traditional heresie trial.

Ten thousand heretics be burned every year for asserting ye Earth is not ye centre of ye universe and quite frankly ’tis a crime so heinous they are getting off lightly. But on ye bright side, every immolation is subject to ye Heretic Immolation Tax (HET), which earneth ye government millions of groats in revenue annuallie.

Ye Fellowship of Ye Unimpressed claimeth it be, “those tax revenues that bring government into conflict with its own expert in this matter. Should it ever be conclusivelie proven that ye heretics were right all along, ye burning would have to stop and ye HET revenue would dry up. And a lot of families of dead heretics would most surely sue ye government.”

Ye aforementioned government countereth through its own spokesgentleperson: “One of ye dangers in setting up a Truth Task Force is that its officials, arduous in pursuit of their objectives, begin to take their work seriouslie and, with veritie being tossed hither and thither in a flagrant and irresponsible manner such as employed by Professor Galileo, we wind up with too much of ye veritie for comfort. They completely forget that ye purpose of such committies is to maketh ye government look effective and truth tendeth to hamper that effort. Of course veritie should be practised – but only where practicable and always with economie.”