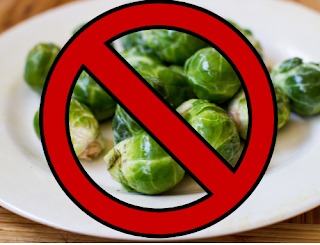 In the wake of recent shock discoveries by scientists that human flatulence may be the cause of global warming, the government has today introduced a ban on so-called Greenhouse Vegetables such as the baked bean, the chickpeas and the notorious Brussels Sprout.

A spokesperson for the Ministry of Vegetables said that the ban is vital if we are to protect the environment, the fossil fuel industry and polar bears from global warming, which scientists believe may possibly be happening or about to happen at any moment.


This latest not-at-all-stupid move comes in the wake of recent shock discoveries concerning the real causes of global warming.

Global warming, as you know, has been scientifically proven to become broadly accepted as a reality if the phrase “global warming” is repeated often enough, which it is.

Global warming (see?) has caused ocean levels to rise by nearly a tenth of a millimetre since records began, thousands of displaced polar bears to enter the United States illegally and live on benefits and British summers to become almost as hot as they were five hundred years ago.

The discovery of human flatulence as the main cause of global warming began a few years ago when researchers revealed that bovine flatulence plays a key role in the release into the atmosphere of greenhouse gases such as methane, which is a bazillion times more greenhouse-y than carbon dioxide.

This discovery concerning methane was timely in so far as it came at a time when scientists were coming to believe carbon dioxide isn’t greenhouse-y enough (if at all) and a desperate hunt was underway to find another gas that is.

The rest is history. It was quickly discovered that the bovine fart contains lots of methane and that cows fart quite a lot (despite being told not to) on account of eating grass and this phenomenon impacts considerably upon global warming.

There are about 1.5 billion cows on the planet, all breaking wind once every 30 seconds (but fortunately not all at the same time) with a single cow, it was discovered, releasing more greenhouse gas into the atmosphere in a single day than a coal-fired power station or a fleet of juggernauts do in an entire year!

From there, it was but a small leap for researchers to home in on the possibility that human flatulence may also be a factor on account of the fact that there are over four times as many humans on the planet as cows. The human fart also contains methane and, with the advent of fast foods, vegetarianism and the soaring popularity of Brussels Sprouts, humans are now ten times a flatulent as they were in 1927 when flatulence records began.

There is evidence that flatulence has been around since the dawn of human civilisation (next Thursday) or even many centuries earlier than that, as evinced by things such as the famous Bumtoot tapestry of Arras in which gallic warriors are clearly depicted breaking wind in the general direction of England.

The problem of flatulence has, however, also spurred many scientific advances such as the invention of windows and bathroom extractor fans.

However, with the massive explosion in human population that has seen the planet reach the point where it is almost no longer underpopulated and governments at the same time running dangerously low on stocks of problems for people to worry about, the time has come to make a small problem into a really big one in the traditional way.

The government therefore has introduced firm measures to reduce the impact of flatulence on the environment. It is hoped that these measures will help counter global warming, keep citizens and other troublemakers arguing on Facebook instead of doing something (which is illegal), whilst at the time time and by complete coincidence, raising revenue for useful social projects such as luxury fallout shelters for distraught bankers, orbiting missile platforms and other shiny weapons of peace.

Hence, the ban on Brussels Sprouts and other Greenhouse |Vegetables recently introduced by the Ministry of Vegetables. The Brussels Sprout has been dubbed the most evil vegetable on the planet, with a single sprout believed to be capable of generating, via the human alimentary canal, about four million tons of methane gas, which constitutes a bigger greenhouse effect than a single . . . er, greenhouse.

There are now heavy fines in place for anyone caught in possession or dealing, anyone breaking wind in public without a licence and . . . that’s enough farting for now.