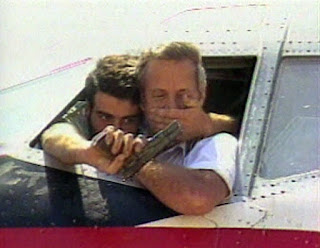 Police are working on the possibility that the hijacking of Flight America One with 50 States and one federal district on board was an inside job.

The spotlight of suspicion has shifted to the Board of the airline America Inc after a tip-off by 10 million bloggers.

The aircraft took off on a routine flight from Revolution to the Promised Land in 1787 and aside from encountering some turbulence around 1861, the crew reported no problems until it became evident something was amiss when it made unscheduled and inexplicable detours over Vietnam, Laos, Cambodia, Iraq, Libya, Oman, Chile, Angola, El Salvador, Nicaragua, Lebanon, Grenada, Honduras, Phillipines, Panama, Liberia, Kuwait, Somalia, Yugoslavia, Albania, Sudan, Yemen, Macedonia, Afghanistan, Colombia, Haiti, Pakistan and Syria.


It is believed the hijackers took over whilst the passengers were asleep and everyone awoke to find their constitution had been tossed overboard and their wallets had been emptied. One or two of the passengers managed to send messages of distress to the outside world via their iphones on Facebook and a desperate search is now on to find the missing Constitution, although hope is diminishing that it will be found alive.

Reports suggest that many passengers were too stunned to react, some tried to pretend it wasn’t happening and continue watching the in-flight movie ("The President's Brain is Missing") others tried to join the hijackers, whilst others made a desperate attempt to take back the aircraft and were beaten up by the hijackers and some of the other passengers.

The hijackers are believed to be members of the notorious terrorist organisation MIC, which operates in 94 countries worldwide, is known to be active in at least 12 war zones and has been linked to at least 249,000 deaths in recent years. MIC may itself be linked in turn to Al Qaeda and other three-letter terrorist factions such as CIA, the IRS and CNN worldwide.

Investigating the possibility that the hijack may have been an inside job, with the board of America Inc now under investigation, detectives are following leads that suggest America One’s former Captain, B Obama, may also be involved have been involved as he cooperated with the criminal gang with what some say was a “very unhealthy degree of enthusiasm”. It now appears that his passport and qualifications were forged and he may not even be qualified to fly an aircraft at all.

His replacement, D Trump, was last reported to have been wrestling with the controls in an effort to bring the aircraft back on course but he is hampered by the fact that neither he nor anyone else can remember what the original flight plan was.

It also remains unclear whether he himself is in league with the hijackers and there are fears that he might take the flight will make yet another detour, this time over Iran, that this may be a suicide mission and the hijackers intend to crash the aircraft into China