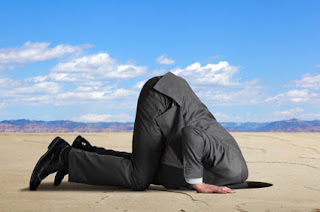 Local resident,Timothy Dumdown of “In Diffrence” in Dunbothrin-in-the-Mire, today announced that he really can’t be arsed.

Hailed by the government as a shining example of the ideal citizen and the sort of person who has helped make Britain an average province of the Brussels-based Belgian Empire, he delivered a carelessly worded statement at the opening of Dunbothrin’s newest drive-in, the Brain-u-Like psychiatric institute on Meltdown Lane, which he attended in deference to his wife who made him go.


Mr Dumdown told reporters that after minutes of consultation with his advisers at Soundbite and Tabloid, he has come to the conclusion that the best way to survive the apocalypse is to pretend it isn’t happening.

He said: “All this talk of the apocalypse is very unsettling when you are trying to concentrate on the football results and really not very helpful when you think about it, because we have a broad choice of apocalypses to worry about.”

He cited several examples, such as the destruction of the food chain by hamburgers, the government deciding to follow Satan, shortages of medication, a sharp rise in the cost of TV licenses and the annexation of Wiltshire by the United States, then added:

“There’s simply too much choice and I think it’s best to leave it to the government to decide which apocalypse should be allowed to kill us all. The government is after all democratically elected by the dozens of people the length and breadth of Britain who were aware there was an election going on, nearly ten percent of whom understood what their politicians were talking about.”

He went on to explain that keeping one’s head down and not getting involved is really the safest route to peace of mind on the basis that what you are unaware of can’t hurt you. When asked if he had any concerns about the future, he explained that the future is none of his business as he isn’t living in it, probably won’t see much of it in any case and that most of it will be his children’s problem.

”The best thing I can do for the kids is make sure they stay medicated and not worry too much about the side effects, which are well worth the risk if it keeps them quiet, or their getting liver damage or obesity from eating too much junk food. After all, what’s the point in reading food labels when you’re going to go right ahead and eat the stuff anyway? Besides, they can do wonderful things with liver transplants, liposuction and heart pacemakers these days.”

When asked what he thought about psychiatric drugs leaving his children spaced out and desensitized, he said: “Well, those are just some of the advantages. I’m happy to think that when the world goes tits-up they probably won’t notice or, if they do, will be too numb to be upset by it - or they’ll just think they’re in a computer game, which is a lot better than being in reality when you think about it.”

Commenting on recent revelations that a cabal of the world’s top industrialists have sold the world to Beelezebub Lord of the Flies in exchange for being allowed to live out their days in luxurious fallout shelters, Mr Dumdown said that he thought this was just shrewd business and they probably meant no harm.

A call by Gil Bates of MacroVirus, the manufacturer of Subliminal Implant, the latest computer game (slogan: “More addictive than Cocaine, rots your brain better than Crystal Meth) for food and vaccine manufacturers to work even harder to develop beneficial new programmes to help everybody by reducing the world’s population by 95%, was given Mr Dumdown’s complete and wholehearted non-opposition.

“I think the world is suffering from over-population in any case. There are far too many other people around and they probably won’t mind being culled. Anything that reduces the checkout line at Tesco is okay by me.” he said.

When asked if this was not just an “if you can’t beat ‘em, join ‘em” philosophy, he responded. “Having an actual philosophy is going a bit far. I mean,” he said, “I was never that smart at school and only came away with 25 A Levels, and nine of those were for Text Messaging. Anyway, it can only be a matter of not being able to beat ‘em if you tried to do something in the first place and I don’t believe in that kind of extremism. I prefer to say my way of thinking is more along the lines of “Don’t upset them and they’ll probably not notice you and if they do, pretend you are dead.”

I asked Mr Dumdown what he thinks we should do if the current American invasion of the Vatican in order to save religion for democracy results in World War Three due to the Vatican’s alliance with the Al Qaeda faction said by reliable and unbiased sources in the Pentagon to be running China, and the apocalypse really does happen.

He answered: “The main thing is not to worry and go on pretending everything is all right. The fallout will probably leave you alone if you stay indoors and pretend you are asleep or, ideally, really are asleep. Besides, I’m sure they have a pill for it these days.”

But even the radiation does not kill us, what about food and water supplies? Won’t we all just starve or freeze to death during the nuclear winter?”

“Now you are just being alarmist.” he said. “All you have to do is stock up on tins of spam and lager and wait for the internet to come back on. Then you can simply order your supplies on line.”