Why Trump got elected - the truth! 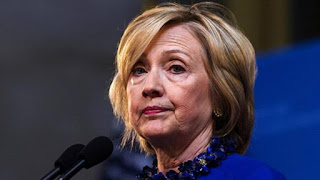 Killary Hinton today announced she has discovered that Donald Trump won the 2016 US election because 62,979,636 voters colluded with Russia.

"The evidence," she said,"is plain for all to see.They could have voted for me but they didn't, despite me being brilliant, which proves the extent of Russia's sinister influence."

She explained that the email hack also tilted the playing field unfairly in Trump's favour by exposing the electorate to the truth about her and truth, as you know, has no place in an election because it makes it very difficult to get elected when people know who you really are.


"And of course," she continued, "I find it very revealing that 58% of the Russian dupes and stooges who viciously voted for Trump were men. And both Trump and Putin are men! Clearly there is deep-rooted misogyny at work and their vote was not so much a vote for Trump as a vote against me, a woman - despite the fact that I have tried very hard to identity not so much as a woman as a psychopath."

Vadimir Putin, of course, had made no secret of the fact that he would prefer to see in the White House a reasonably sensible person he might just be able to get along with and thus avoid WW3, rather than a warmongering lunatic. The harbouring of such sentiments by an influential foreign statesman is bound to completely sway voters all over America - especially those with an unreasoning bias against nuclear conflict - and Putin, whose two military bases on foreign soil currently have the whole world surrounded, therefore brazenly interfered with the US election.

Sadly, this brainwashed 62,979,636 voters, who otherwise might have voted for Clinton, into colluding with him, undermining democracy and getting Trump elected.

Since his election, Trump has shown how much he is under the spell of the Russian President - who insists on winding up the globalists by being there - by communicating with Putin in a friendly way, sharing his determination to have peace between the two countries and utterly betraying democracy by not going to war with Russia and its ally, China.

Clinton, who is not at all deranged according to her psychiatrist, poured scorn on claims that Putin, who by virtue of towering achievements in turning the fortunes of his country around, has earned a level of popularity and respect both inside and outside Russia that she herself can only dream about.

She pointed to her own accomplishments in saving America from the hideous fate of having Bernie Sanders as the Democratic presidential candidate, Benghazi, being married to Bill Clinton and dramatically snatching defeat from the jaws of victory in the 2016 election, whilst Putin, she said, only became Russian president because millions of Russians colluded with him.