From Brexit to Brussov: UK to leave EU and join Russian Federation?

Brits seek option that includes not being run by tossers 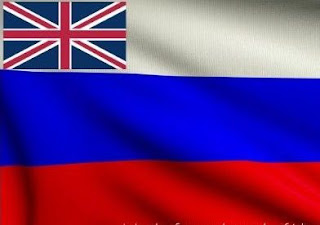 Opinion polls released today asked a broad cross section of the population what the country should do after Brexit.

The shock results show that the majority of Brits are in favour of applying to join the Russian Federation.


Whilst a sizable minority were in favour of the country being run by the United States and an even smaller minority favoured being run by Westminster, many felt that our options were too limited.

As one voter put it:


"We need an option that includes not being run by complete tossers."

Outside of China, which has proven way too inscrutable for most people, the government that has shown it can run things with a fair degree of acumen is that of the Russian Federation.

Most people have come to the conclusion that choosing a government manned by people who cannot even run their own parties or personal lives in an orderly manner and have a weak grasp of economics (and indeed reality) is probably not a good idea. They feel, therefore, that joining the Federation would be our best option at this time.

This new political movement that favours Britain  joining Russia is known as Brussov and will be the subject of a referendum as soon as the government (anxious not to repeat the mistake of the Cameron government) is sure it will get the result it wants.

A close examination reveals that swapping the Union for the Federation has several things to recommend it:

Since it divorced from the central banking scam, Russia has become solvent (a feat hitherto regarded by experts such as Western governments to be impossible) and its people and businesses enjoy low debt/tax levels.

Vladimir Putin, a Judo Black Belt, is really hard and could trounce Johnson and Trump in a fight with one hand tied behind his back. He can also ride bears, which is a skill none of our Western politicians can claim (see pic).

Vladimir Putin was not educated at Eaton and also has a chin.

He has proven time and again able to manage his own hair, unlike - for instance - Johnson, who does not evidently own a comb or know a good barber.

Vladimir Putin does not look demented, as opposed to Johnson etc etc. . .