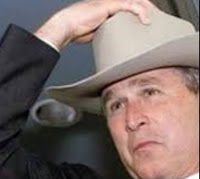 It has become obvious that governments have a serious problem in that hardly anybody believes a word they say. This tends to create insurmountable difficulties because it is a well-established fact known to experts such as those in government that telling the truth makes effective governance impossible.

This has now been cleverly overcome by a new development: redefining words so nobody can be sure what they are talking about.


In a recent article we covered how Dick and Co had pioneered this revolutionary new approach to keeping people in the dark so as to kindly protect their eyes from various glares such as glaring hypocrisy, glaring mistakes, glaring injustice and so forth by renaming torture, "enhanced interrogation".

This simple wisdom caused millions of people to suddenly realise that wiring men's testicles to the mains, not allowing them to sleep for three years or playing them a continuous loop of George Bush' famous "Speech in a Cowboy Hat" at three hundred decibels for months on end was not actually torture despite being very similar to torture in every respect and was in fact quite all right and, indeed, essential for upholding civilisation.

This advance in political science was so successful in allaying everyone's misgivings that their government was composed mainly of psychotic twats that other "enhanced" phrases have now been developed in order to make everybody think that everything is lovely and the ship of state does not have total basket cases at the helm.

So here in support of the effort to make everything seem brilliant without having to make much effort, is a list of the new terminology that will replace earlier, outmoded terms (which will all be illegal by 2025 with stiff fines for anyone caught using them).
That's enough enhancement for now.

Another cleverly re-defined term is "rendition", as in "extraordinary rendition" (kidnapping with or without enhanced interrogation). This article explores similarly enhanced terms such  . .  er "enhanced" (mucked about with), "intelligence" (subversion) . . .  (continued on page [withheld for security reasons])