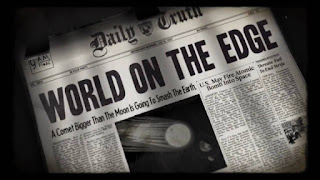 by Steve Cook, (safely quarantined for the greater good)

Millions of people were left ashen-faced and reeling from shock today at the terrifying news spreading horrifically throughout the media, government and other vulnerable groups.

The media-borne virus is believed to probably be set to spread a sinister nightmare scenario of frightening stories and doom-laden statistics that will result in a new apocalypse of face masks, bankruptcies and thousands disabled by compulsory yet futile vaccines.

A government spokesperson, Jane Fibbs, of the Ministry for Alarming Statistics told the nation today that the statistics are alarmingly unreliable and believed to be the primary modern cause of the epidemic of mental illness currently sweeping the government and other areas of substandard mental hygiene.

The PM later reassured the nation that the government is confidently expecting the worst and doing all in its power to make sure that happens and that when it does we will all be thoroughly prepared for it by taking sensible precautions such as not allowing anybody to do anything without permission and shutting down all activity, which has been proven by scientists to be the main cause of things happening.

SAGE, the committee charged with the task of telling the government what it needs to hear in order to justify Lockdown, is reported to be feverishly researching new ways to be sure that nothing ever happens again in case something bad slips through, which is almost certain to happen if things are allowed to happen. Its chairman recently announced that the nation should expect the worst yet be prepared for even worse than that.

New advice that will empower people to stay safe yet miserable will shortly be issued by the government. It will include:
Statistical trends meanwhile are showing worrying trends in which graphs slope upwards or in some cases downwards in confusing ways.

They indicate that more bad news is on the way as the outbreak infects newsrooms across the country.

It is probably safe to assume that nobody is safe at least in terms of the possibility of eventual danger.

There will be a new spike of millions of citizens losing faith in their government, although all the signs are that much of this infection will by asymptomatic in so far as nobody in government will notice until it is too late.

This report is brought to you by Perilus Pharmaceuticals, the makers of Oblivius the world's number one antidepressant.