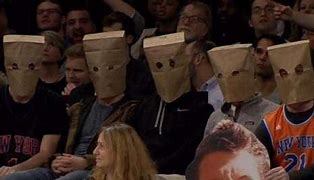 News just in is that the Home Secretary has instructed the UK police to adjust their priorities so that they align with with current government plans to make everybody safe.
She explained that "making the citizens of this great nation safe" can only be achieved in the same way one would render safe any dangerous individual: by (metaphorically speaking) wrestling him to the ground, then locking him up where he can never bother an innocent government again.
This, secret government scientists have discovered, can best be achieved by making him wear a face mask that makes him (or her, for this is an equal opportunities humiliation) look and feel like a complete twat, lowers his confidence and self esteem and enables him to signal his obedience to dominant alpha males such as Matt Hancock, Boris Johnson and other lunatics.
Accordingly, the police are being instructed to drop their misguided prioritisation of knife crime and similar misdemeanors in order to keep officers more usefully preoccupied with more serious crimes in alignment with the government's War on Dignity.
Henceforth, policing will concentrate on the stamping out of a far greater, more devastating evil: people not wearing face masks.
Many people have jumped to the conclusion that their being asked to cover their face has something to do with stopping a virus before it dies out of its own accord (last Tuesday) but this is not the case.
There is no known, scientifically verified reason for healthy people to wear a mask except that it strengthens the government's immunity to democracy, reality and similar epidemics by  boosting its natural power to make people do anything it wants no matter how pointless or stupid and this is now considered the government's number one priority after the care and comfort of the ailing pharmaceutical industry.
Knife crime is considered to be of far less importance than was once believed by citizens and other ignorant sectors and pales to insignificance in comparison with the government's need to get everybody to bandage their face.
It is also hoped that by taking the unjust stops off of people playfully shivving one another we may be able to boost traffic to hospital casualty departments. These have been unprecedentedly and worryingly quiet since the outbreak of a sinister virus that strikes without warning or, indeed, symptoms in most cases.

The government is to make the wearing of cycle helmets mandatory for all citizens inside and outside the home so as to keep them safe should they fall over.