Millions cheer up as world struggles with renewed optimism 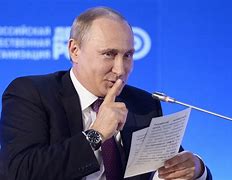 Governments and their pharmaceutical employers the world over have been fighting a losing battle against the recent epidemic of people not being scared. These and other hard-pressed terrorist organisations have consequently found themselves with their backs to the wall, desperately defending civilisation as we know it against the remorseless march of things not being as bad as they were cracked up to be.

Fear, particularly the constant background dread of something nebulously menacing being about to happen, has long since been been scientifically proven to be an indispensable component of sound governance.

Without it, keeping chaos at bay is impossible because people allowed to develop minds of their own will inevitably kill everybody, well everybody important anyway, such as the government.

This was scientifically proven to be true by expert mathematicians at the Imperial College, famed for predictions accurate to a pinpoint margin of error of only plus or minus 4000 percent. The Imperial team, led by Professor Knott-Exaggeratin, have mathematically predicted using sums and equations only really brainy people put much faith in, that:

"without the calming effect of fear or at least a healthy loss of self-belief, a hundred million civil servants, politicians and corporate pirates could be killed by crazed Brits and other rebel factions in Chelmsford alone."

This has since been confirmed to the government's complete satisfaction by dozens of stringent press releases.

Sadly, the entire Imperial team were lost along with all their research notes when their camper van spontaneously combusted on the M25 last Tuesday whilst returning from a Really Hard Sums Convention in Spalding.

The loss of the all-important Fear Factor, most noticeable during the recent "COVID19" flu outbreak when millions of people maliciously refused to be intimated into reaching what epidemiologists call "herd mentality", the point at which the aristocracy become naturally immune to justice, retribution and other often fatal infections.

Searching for the cause of this strange phenomenon, researchers eventually isolated Russian hackers viciously seeding the internet with optimism using seditious viral messages.

At least a hundred of these messages were identified and it was soon realised that they had spread and multiplied via posts, tweets, chirps and poots into billions of news feeds and from news feeds they had quickly crossed the social network/brain barrier and were responsible for rendering millions of people quite chirpy when they had no right to be.

Such messages, appearing innocuous to the naked eye, had an underlying carefully installed meaning that caused severe gladdening or heartening symptoms in all those who "tested positive" or even "slightly less negative".

Examples of these are:

"Things aren't as bad as they are saying."

"Don't let the bastards get you down."

The public were warned to watch out for these and similar messages and to maintain a healthy distance by deleting them on sight or, better still, isolate oneself from the internet for the next 20 years.

The Central Unit for National Security (CUNS) Weaponised Fibbing Division, reporting directly to the Prime Minister during a break from filming the latest episode of The Muppets, described the hacking campaign as,

"a deliberate effort to undermine centuries of effort on the part of the nation's Very Best People to bring to the riffraff the kind of pessimism and lack of self esteem that has made Britain a truly great former third-rate power."

Further investigation has revealed that this attack on civilisation is, incredibly, the work of a single hacker and they have revealed his identity to be a V. Putin.

Based in Moscow, Putin is wanted for a string of serious crimes against globalism, including running Russia, being there and upsetting George Soros.