Scientists have discovered that vaccines are Brilliant

And we are not even lying this time! 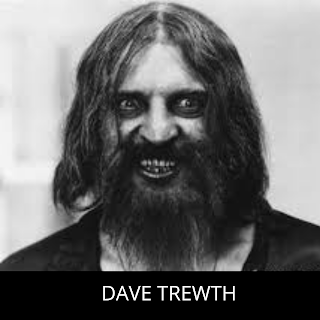 This is the first article by our new columnist, Dave Trewth PHd

Dave is a professor of Applied Reverse Psychology at the University of Bunkum.

Scientists have discovered that Vaccines are Brilliant!

I am very happy to report that scientists throughout the Eugenics industry have proven conclusively in thousands of press releases and other works of science fiction that the new, totally cool and not always harmful Pfizer and Moderna experimental biochemical agents are a "BOON TO MANKIND".

If, that is, by "mankind" you mean the top 1% of the "people" (or aliens) living on this or a similar planet (or prison world) and by "top" you mean "incredibly rich" or having other attributes that set them apart from the rest of the plebs and hoipoloi, such as extremely generous bank balances and highly creative sexual practices.

Having cast aside ancient and outmoded genetically inferior traits that get in the way of helping humanity (if by "help" you mean "putting out of its misery") such as a conscience, the ability not to kill people and so forth, the planet's very best people have been able to decide what is best for everybody else.

By a remarkable and unexpected coincidence this involves a slight, mainly cosmetic, culling of the population (except the rich) to more sustainable levels. Sustainable levels are, given that the planet is a mess due to being unavoidably mis-managed by escaped geriatric mental patients, down to a mere 10 million people unfortunately (roughly 10 000 Top People with a thousand henchmen and slaves each) all able to squeeze into a luxury concentration camp on the Isle of Wight.

The benefits of culling, to which the Eugenics Industry has been selflessly dedicated for many years, are manifold.

They are discussed in such learned journals as Genocide Weekly and the Washington Fibber but boil down to such simple boons as there being fewer people breathing the air.

Fewer People breathing the air is Good Thing for the Environment because people breathe out CO2 which, as you know, is a greenhouse gas and this is bad for everything (except plants)!

* fewer riffraff, hoi poli and plebs who, let's face it, can be really annoying.

* and . . er, well there are actually too many further benefits to mention so I won't mention them.

Anyway, I really must congratulate Boris, Hancock and their fellow agents for their sterling work in persuading four million people in Britain to submit to the (Lol) vaccine. and this is despite going on TV and looking quite clearly mental and/or shifty!

I interjected a "Lol" not because there is anything sinister going on here - far from it! No, it is because everybody knows that the use of the term "vaccine" to describe these "harmless" biochemical agents that will do a few nothing-at-all-to-worry-about edits of the human genetic code is a joke and not to be taken seriously, although unfortunately, it has been by millions of Brits who have no sense of humour.

Be that as it may, the benefits are many of the brilliant chemicals so helpfully knocked up over many minutes of painstaking doctoring by researchers such as Messrs Hilter and Mengele and other friends in the Eugenics Industry.

They have capped this brilliance by dedicatedly getting those chemicals into as many people as possible before people who don't want to get sick or die and similar troublemakers hold things up by asking ridiculous questions such as "Is it safe?"

As speed has been of the essence, a great deal of time was cleverly saved by surgically removing pointless delays such as stopping to see if the vaccines leave people with minor comas, lumps and so forth or kill anybody or they even really help with Death, which as you know, is a long-standing national problem that has become an even bigger problem since the current government came to power and kindly installed a dictatorship for our own good.

Those many benefits (which are many, quite numerous and several|) include, as I mentioned, reducing the population to more sensible levels and perhaps in time levels even more sensible than that!

Then there is the so-called "murdering" the elderly, many of whom would have died already had they had a decent brittle bone in their body.

Besides, the term "murder" is quite ambiguous and can mean to, say, a lawyer or police officer or member of the public something quite different to the way I use it here!

Killing off the elderly is not murder in that it solves many problems such as being stuck behind slow-moving trollies in Tesco, slow moving Morris Minors on the M25 (or Tesco car park) and the constant reminder that that will be us one day if we are lucky enough to survive the vaccines.

The greatest benefit of course is the millions that will be saved on pensions at a time when too many plebs are refusing to do their duty to the nation and pop their clogs in a timely and patriotic manner.

That's enough benefits for now. If you are still alive next week, check out my next article: "Will we develop a herd immunity to government? Or will we need another brilliant and not at all harmful vaccine?"

Scientists have shown that humans evolved over millions of years into needing drugs and vaccines to stay alive!"