As we now know, Heroin and Cocaine are good for you, say researchers 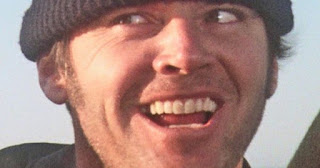 Researchers at the Brain-U-Like Institute in Barking have today announced a breakthrough that is certain to send shock waves throughout government and other hotbeds of gullibility.

Many years of research, in which researchers at the institute often bravely used themselves as human guinea pigs, have led to the inescapable conclusion that heroin and cocaine are, despite their bad press, actually quite good for you. This is particularly so when these natural substances are derived from organically-grown plants.


Lead researcher, Jane Fybbing, explained: "The truth of the matter was right under our nose the whole time (in the case of cocaine, quite literally). Case study after case study showed that both cocaine and heroin are miracle cures for depression."

She went on to explain that tests demonstrated, one-for-one, when you took a person who was depressed, withdrawn, despondent or gloomy, such as an England supporter after the World Cup, a Democrat or anyone living in England, and gave them even a small dose of one of these wonder drugs, they cheered right up, became quite euphoric and adopted a much more positive attitude, such as the conviction they were minor deities, able to fly and so forth.

She further explained that this enables people to feel good no matter how much they mess up their own lives - or, indeed, anyone else's - but without having to do anything to fix things. This is surely a Good Thing when you think about it, in that it saves a whole lot of hassle.

One down side, if you can call it that, is that when the drug wears off, the depressed condition returns. This necessitates the user taking his fix (referred to in psych-pharmaceutical parlance as "medication") on a daily basis so as to remain permanently high and thus not . . . er, low. As such, heroin and cocaine are in fact no different to any other mood-altering medication such as antidepressants.

Heroin and cocaine do, however, have a considerable advantage over traditional psychiatric medications in that they have fewer side effects, the benign brain and nerve damage they induce is less extensive or permanent and they are easier to kick, should the patient develop ABDD (Aversion to Brain Damage Disorder) and decide he no longer wants to enjoy their benefits .

The Institute is in talks with its proxies in Parliament with a view to instructing them to having the law changed so as to end the unfair discrimination against these benign medications. As one spokesman explained: "It make no sense to ban heroin or cocaine whilst antidepressants and other far more lethal concoctions are enthusiastically pushed by the government, doctors and other dealers."

Once heroin and cocaine are legalised, the pharmaceutical industry plans to market them intensively as a safer alternative to its traditional medications, under the catchy slogan, "Safely off Your Face for Life!"