Failed Marriages - The White Elephant in the Room 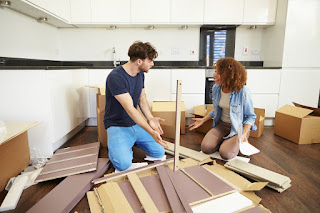 Scientists have discovered the reason for the rise of failed marriages across the UK.

Evidence has come to light that there is a direct correlation between the rising divorce rate and the strain placed on relationships by the advent of flat-pack, self-assembly furniture - the so-called Ikea Syndrome.

Dave Shortt-Fewse of Longsuffrin, Lincolnshire for example, recently divorced his wife of 18 years, citing a five-day conflict with a three-drawer, teak-effect Ikea sideboard as grounds for the irretrievable breakdown of his patience.

He told reporters that the final straw came when he discovered that he had put the drawers in upside down . . .