No-one Will Ever Regret It, Experts Predict 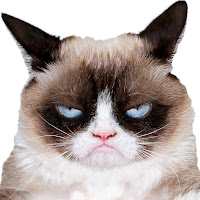 Scientists have developed a device that enables cats' owners to know what they are thinking.

The small electronic instrument the size of a pea (and thus roughly the same size as the cat's brain\) was developed by technicians at Futile Gizmos Inc, in Pointless Nebraska. It attaches unobtrusively to the cat's collar or alternatively can be stapled to its head so that its three hundred terabyte processor can convert the minute electronic impulses of the cat's brain into speech through a tiny electronic vocoder.
It is known as the Feline Universal Cognitive Unit, Mark 2 (The FUCU 2) and will be available in pet stores here in the UK from January.

It is expected to cost around the same as a Toyota Avensis, a price millions of cat lovers will be willing to pay for the pleasure of finally knowing what their cat is really thinking.

Field trials on thousands of cats have already revealed some remarkable insights into a cat's hitherto secret thoughts.

The three most common cat thoughts thus far revealed by the FUCU 2 are, in reverse order:

2. "I'm gonna take your ruddy arm off at the elbow if you don't stop that."

When asked about this latest development, a black Tom named Ringo, told this reporter, "What you humans continually fail to appreciate is . . . " (see pages 97-332)


Related News
This development has led to trials of a similar device to be attached to the nation's politicians so that the vocoder will reveal what they are really thinking under the blather.

Field trials have revealed that the politicians' most common thought is, by a remarkable coincidence, "I hate you, human scum."