Global Temperatures have nothing to do with the Sun, scientists reveal 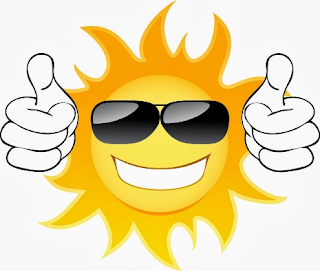 by Steve Cook our Environmental co-despondent


In a recent edition of The Daily Scare we revealed how scientists have discovered the role played by human and, to a lesser extent, bovine flatulence in global warming, which may or may not exist according to which scientists you believe.

Most people, of course, choose to believe the scientists that are the most terrifying mainly because these are the ones that get the most press and government funding and the press and the government would never lie to us, even to establish Fear which as you know is essential to the smooth working of any democracy.

Further research however has been conducted by the IPCC (the International Panel on Climate Cons). It has that has revealed that the relationship between the production of greenhouse gases and human activity may be much more scary than those of us not on antidepressants thought possible.

The IPCC today issued a statement that read:

"Carbon dioxide (CO2), you will recall, is believed to be a gas and scientists are fairly certain that there is quite a lot of it floating about causing all sorts of trouble."

Carbon dioxide is quite greenhousey, although heretics allege that it is not as greenhousey as some other gases and the wrong gas was chosen when it was decided to launch the Global Warming scare.

There are those on the lunatic fringe who would like to let CO2 right off the hook and blame the Sun. Such heretics, in a sane and less tolerant world, would have been quite rightly burned at the stake. In this modern world of ours we will just have to settle for ruining their careers,withdrawing their funding and slagging them off in the press. In many respects, when you think about it, this is less humane than setting light to them which only lasts a few minutes although admittedly it is more environmentally friendly because burning human flesh does emit quite a few noxious gases, waste heat and the noise pollution of a fair bit of agonised screaming.

Anyhoo, it is alleged by the we-are-not-all-going-to-die-except-from-old-age brigade that fluctuations in the Earth's climate - periodic warming or cooling - have been going on for, like, a bazillion years or something. They have produced the cock-and-bull story that the main cause of the slight warming of the planet that is going to kill everybody is actually the Sun! This has come as a bit of a surprise to the IPCC, politicians, newspaper editors, Al Gore, and other completely trustworthy people who have already proved beyond reasonable thought that the idea that solar activity affects the climate of the Earth can be safely ignored.

Anyway, it is now fairly certain and beyond doubt - or at least until thrown in doubt by something else being proven at some time or other - that this extremist view is so entirely without merit it should be vigorously expunged from the minds of the proletariat.

The Denyers claim that a periodic lessening of solar activity caused the Earth to cool down for a few decades in the middle of the last century, so much so that scientists at that time were predicting we were all going to die from a new Ice Age, with glaciers grinding their way down the M3 and so forth. They claim that then there were more sun spots and the Earth warmed up a bit as a result and

may actually eventually become as warm as it was a few hundred years ago! This led modern, enlightened scientists to predict that the ice caps would melt by the end of the century drowning all the polar bears, with palm trees in Greenland and Addis Ababa spontaneously combusting due to the heat.

This heresy laid the blame for global temperatures on the Sun, an idea that can only engender scorn in the minds of all right-thinking newspaper editors who foresaw difficulties finding anyone to blame for what the sun was doing.

It should be borne in mind, however, that the sun is, allegedly, mainly gas so once again, we can pin the blame for everything horrible that never actually happens yet might, on gas.

As the troubles the planet might possibly be having at some hideously frightening yet unspecified point in the future all trace back to gas, the easiest solution would be to simply ban gases. If we banned gases and made them illegal, then all our troubles would be over. But, no, that is too simple for politicians and other people with shares in the gas industry to consider so we'll have to put that one on the back burner for now.

As for the "solar activity" theory, we can safely dismiss it as hogwash so puerile it is unworthy of examination. It is easy for anyone to come up with a theory that fits all the facts but if it flies in the face of established orthodoxy in which a lot of people have invested a lot of money, careers, reputations, newspaper sales and so on, then clearly we need a new approach. A theory that doesn't fit all the facts but which the facts can be harmlessly edited to fit the theory is much more preferable - even if it does scare the bejeezus out of everybody, which is just one of the advantages.

It is of paramount importance that the Sun does not get the blame for changes in the climate, which have always happened, admittedly, but never so terrifyingly as they are probably happening right now, with the sea levels threatening to rise at any moment and so forth.

The reasons for this are very clear:

(b) nobody can be blamed and nobody therefore can make any money campaigning for a reduction of sun spots.

Truth be told, CO2 is not actually very greenhousy and there isn't actually enough of it in the atmosphere for a slight increase to cause much of a problem except helping plants and crops grow as apparently they breathe it in.

Be all that as it may (or not) scientists have discovered that human beings breathe in oxygen, which is known as a very nice gas, and breathe out carbon dioxide, which is scientifically proven to be an evil gas (unless you happen to be some form of foliage). In other words, every human being on the planet is responsible for converting lots of nice gas into evil gas.

The human population of the planet has increased from about three billion to seven billion people in, like, an hour and a half or something. In other words, there are a lot more people all of a sudden producing CO2 when they breathe out! This increase in human population has coincided with an increase in the number of people breathing. It has been estimated that a single human being who insists on breathing can produce three million tons of carbon dioxide every year and personally cause sea levels to rise by as much as a millimetre. Times that by seven billion and it becomes obvious that if we don't stop breathing we are all going to drown.

Furthermore, water vapour is known to be a much more greenhousy gas than CO2 and there are about four billion extra people all sweating like mad (as well as farting) and the main component of sweat, it has been scientifically proven fairly certainly, is water vapour!

It is therefore not hard for someone with half a brain to conclude that the main cause of global warming - with temperatures having skyrocketed a terrifying half a degree in less than ten thousand years - is obviously the presence on the planet of human beings. So when you think about it, you are all to blame and just incredibly wrong for having been born.

Governments are being urged, therefore, to act swiftly to deal with this creeping menace the media has done such an admirable job of terrifying everyone about. The IPCC recommends the following measures for a starter or at least until someone can think of something more sensible:

(1) Stiff fines for anyone excessively breathing. This will have the added benefit of raising more revenue for the government, which it can then invest in more missiles, which will help in the essential task of population reduction.

(2) A complete ban on sweating and the outlawing of all saunas or sports involving any exertion.

(3) The population be required by law to hold its breath for long periods daily (but no longer than ten minutes for health and safety reasons).

We also recommend every effort be made to cull or reduce the population using the traditional methods (war, Monsanto, McDonalds, training more doctors etc).