Scientists Have Discovered that Nobody Knows What's Going On 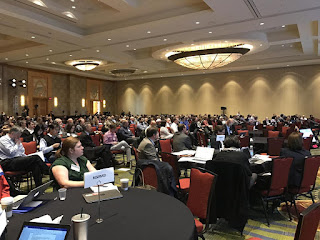 Five hundred of the world's top scientists assembled in Geneva last week in a last-ditch effort to achieve a breakthrough in the search for the scientific Holy Grail known, in layman's terms, as "finding out what is going on".

It is a goal that has inspired centuries of research by some of the planet's greatest minds and original thinkers such as Diogenes, Russel Brand and Al Gore but which has yet to produce the hoped-for breakthrough in human understanding.

At last week's Geneva Conference, then, five hundred of the world's brainiest people put their heads together, compared research notes, explored the latest ground-breaking discoveries in astronomy, astrophysics, microbiology and origami and went all-out to arrive at a final, conclusive answer to that age-old question.

Modern technology has after all - especially since the invention of the successor to the Particle Collider, the Particle Avoider - enabled scientists to explore the furthest reaches of the universe and the tiniest subatomic particles. In the words of one researcher, "Science is the stethoscope by which we have been able to listen to the very heartbeat of the cosmos."

What took place in Geneva last week was the greatest pooling of scientific knowledge and the most ambitious international scientific effort in the history of the world.

Finally, as the historic conference drew to a close, its findings were announced to a hushed and expectant world.

A press briefing was given by none other than the renowned physicist and mathematician, Professor Stefan Dorking, who is generally agreed to be the most brilliant person on the planet and a complete genius. He rose to fame courtesy of his theories about the nature of the universe. The theories were made into a book entitled, "Is the Universe Shaped Like a Spoon? And if so, why?"

The book became an overnight best-seller outselling every other book in the Astrophysical Calculus genre almost overnight, with a massive 10 copies sold in the first week!

Dorking was then generally reckoned to be the smartest bloke on the planet on account of nobody actually understood what he was talking about. The reason for that was obviously that he was so much smarter than the rest of us, everything that came out of his mouth would inevitably be totally incomprehensible. Some doubted his assertion that he had discovered the secrets of how the universe is put together but he was able to reassure the Doubting Thomases by telling them in no uncertain terms that, oh yes he had. And that was obviously enough to confirm his position as the planet's top braniac.

Thus, Dorking found himself to be the spokesperson for his fellow scientists and yesterday announcing to the world that the huge scientific effort to find out what is going on had drawn a complete blank and, he explained,"We do not in fact have a ruddy clue."

He went on to explain further that in fact the more science finds out about the universe, the more weird it looks.

"In fact, all the evidence points to the fact that," he said, "the universe is very weird indeed, if in fact it is really here at all, which we are not sure about although, like most people, we are sincerely hoping that it isn't."

Moreover, it became evident that as a result of last week's revolutionary attack on the very roots of human ignorance, that nobody else knows what's going on either.

"Everybody assumes" Dorking explained, "that even if they themselves do not know what is going on that there must be someone somewhere who does. Well, we have finally discovered that there isn't."

A further discovery was made during that fateful week in so far as it is now known that the only people who know even less about what is going on than , , , er, people are psychiatrists.