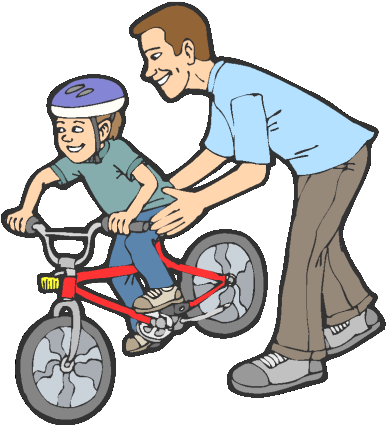 Studies prove that reality is not all it is cracked up to be and should be avoided whenever possible.

Local dad and parental rights campaigner, Arthur Brayne, today announced that he has decided to drug his children.

Having weighed all the pros and cons in the child-drugging debate, he intends to throw parenting to the winds and adopt the pharmaceutical model of child rearing advocated by such visionaries as Dr Timothy Leary, E. Lie-Lilly and Dr. Leon Eisenberg the famed inventor of ADHD, the celebrated work of fiction.


He announced his bold decision at a press conference to mark the launch of his new charity PL (Parental Liberation). PL will campaign for the right of parents everywhere to be freed from the stigma of having to have something to do with how their kids turn out.

The ethos of PL is based on modern scientific discoveries that nobody has read, which clearly show the human brain is responsible for everything.

Sadly, the psychiatrists of the Brain-U-Like Institute who published the aforementioned discoveries also discovered that the brain has evolved over millions of years into being not very good (unless optimistically bludgeoned with chemicals or electricity). As nobody gets to choose which brain they have, it’s therefore nobody’s fault when small mishaps occur such as the Opioid Crisis, the invasion of Iraq or journalism.

Mr Brayne told journalists that he has high hopes that PL will be able to make a significant contribution to bringing social decay into the twenty-first century. It will do so primarily by forwarding the revolutionary concept that society is responsible for all the actions of its individual members. This is to replace the outmoded superstition that it is all God’s fault and places blame where is really belongs: upon nobody in particular. This gets society’s millions of individual members right off the hook.

The strength of any society, says PL’s manifesto, “Nothing To Do With Me (or Anybody),” lies not in its individual members but in the ability of a handful of its very best people - such as oligarchs, newspaper editors, arms manufacturers, arch-blogger Sid Bonkers and other men (or women) of thoroughly concealed wisdom - to do their thinking for them, in essence to formulate policies and reforms that everybody else would have come up with had they had proper brains.

When questioned specifically about his decision to drug his children, Mr Brayne declared:

“This was not an easy decision to make but after five and a half minutes of agonised soul-searching I came to the firm conclusion that there is little to be gained from thinking too much. I’ve decided to believe everything I’m told by those who sell drugs and other people with no agendum whatsoever beyond their determination to make lots of money at any price, which as you know is the inalienable right of large corporations everywhere.”


When asked for his views on the mountain of evidence that drugging children stunts their development and produces debilitated and drug-addicted adults, he retorted scathingly, “The problem with evidence is that you can use it to prove anything, especially the truth and the truth is not always as convenient as many people like me would like it to be.”

In the end, he concluded, it is the duty of every citizen to examine both sides of any argument and to opt for the argument that involves you in the least hassle.

“After all,” he said, “we live in a modern and enlightened age in which so many things are automated, giving us more time to do all those things that earlier, less fortunate, societies could only dream about, such as watching cultural classics like Spot the Celebrity Wart or drinking lager (preferably both) or having nervous breakdowns. So it’s only fair and natural that the raising of children should be automated too.

The old, traditional methods of parking children in front of the TV had only a limited workability but the pharmaceutical industry has, in modern drugs, found an answer to that age-old problem.

“It has been scientifically proved,” he said, “that the secret of a happy government-citizen partnership is to establish the citizen as the sleeping (or preferably comatose) partner and leave government to do everything in the best interests of society as a whole. Of course, multinational corporations like the Psychokiller Drug Emporium and charitiies such as Help The Aged Oligarch are the neediest sectors of that society. I therefore applaud Mr Brayne’s decision to uphold the inalienable right of all parents not to have their freedom undermined by the incessant self-interest of children and other groups of parasites.”


But when I put to Mr Payola-Graft that many groups such as nutritionists, sensible people and other vociferous minorities are claiming the way to have happy, healthy children is to not feed them junk and to talk to them and generally look after them, he retorted: “It is just typical of people with a vested interest in the health of others to bring common sense and facts into the argument but we do not think there is room in the debate for such extremism. I should also point out that, through tax breaks and imaginative accounting, pharmaceutical companies provide hundreds of pounds a year in revenue for the government. Without that revenue it will be very difficult to fund the next war without adding to the burden carried by the average voter - who is already donating his son to the war effort. It is vital therefore that by the time voters reach, er, voting age, they are in a foggy state of mind that will enable them to believe everything we tell them.”

When I pointed out that many people are claiming that drugging children simply makes them lose their grip on reality and become dull and compliant, Mr Brayne said. “Yes, admittedly, those are just some of the benefits that influenced my decision. They are benefits that vastly outweigh a few side effects such as the twenty thousand or so printed in tiny unreadable lettering on the drugs' packaging, many of which can be remedied with modern drugs or surgery in any case.”

To back his claim, recent studies have producted ample scientific proof that reality is not all it is cracked up to be and should be avoided whenever possible. The reality that many children have to contend with is particularly hostile because it contains many harmful elements such as food without nutritional content and parents who want to drug them.

And Mr Payola-Graft added: “It has been scientifically proven that many children were hitherto inclined to grow up to be too smart for their own good but thanks to the efforts of the psycho-pharmacy we are now able to act in their long-terms interests by ensuring that never happens.”

I contacted the Psychokiller Drug Emporium, the manufacturers of both the antidepressant Passivit-E and the celebrated panacea for ADHD and other made-up diseases, Apath-E, for their views on the matter. I put to their spokesmuppet the controversial allegations that drugging children is unsafe and can lead to brain damage, suicide and death and is in fact playing Russian Roulette with children’s lives. In response, Psychokiller issued a statement that said:

“Our researchers are working flat out and leaving no search results un-doctored in the search for improving the drugs we offer for children. One example of the forward strides we are making is our new range of LSD and Heroin-based antidepressants, our so-called D-Range products, for the under-fives. These include Hallucen-8, which is shaped to look like Postman Pat and taste like sweets. Such drugs have been proven safe in at least 0.001% of cases so we do not think that parents contemplating drugging their children have much to worry so long as they take sensible precuations such as hiding all the knives and avoiding eye contact. Besides, what is often forgotten with Russian Roulette is that is that when you play you have only a one-in-six chance of coming to any harm, at least to begin with. These are good odds by any standard as any parent who has taught his or her children the intricacies of the game in the safety of their own home will tell you.”

Related Local News:
Local Man Reaffirms his Commitment to Eating Rubbish. “It’s a clear choice between short-term gratification and long-term survival and I know which side I’m on!” says Mal Nurisht, chairman of O’Bese and Stupid, the . . . . see page whatever