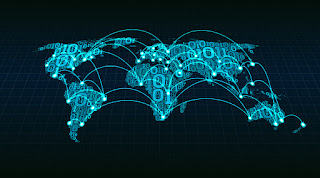 Following on from the success of crypto-currencies, an entrepreneur operating from a laptop in Melton Mowbray has created a new digital currency that he promises, "will make everybody rich."

Posting excitedly on Twitter at the launch of the new currency, which he has dubbed "Kleptocurrency", Tom Swindler told the world he is "very, very excited" about his new money-making system, which uses the miracle of the internet to provide a means of getting rich that completely bypasses the usual central banking system and other scams.


"It may still be capitalism in its most literal sense," he said, "but this is an equal-opportunities development that will enable even genetically inferior people such as the hoi polloi and other riffraff to become money-grubbing parasites. It promises to CHANGE THE WORLD - this time even for the better - almost overnight without anyone having to do anything to change it, such as treating other people fairly, not slaughtering anyone or not electing criminals into government."

He explained further that, "Klepto-currency will enable all of us to become incredibly rich and live in the lap of idle luxury for the rest of our days without anybody having to produce anything such as things to buy with our klepto-currency - except, that is, those who don't have any of it or enough of it, who will become our slaves! And that, surely is a Good Thing!"

The system is simplicity itself. He creates the new money ("the Klepto") digitally on his laptop. One Klepto is worth, at the current rate of exchange at this writing, ten US dollars. So if you send him, for example, a thousand of your outmoded, soon-to-be-redundant dollars, he will send you a hundred of the new exciting, state-of-the-art Kleptos by email. You can then go ahead and spend your Kleptos all over the internet wherever people are accepting Kleptos in exchange for their goods or services.

But it is even more brilliant than that! Why?

Because if you become a Klepto Dealer (or Klepto Maniac in the popular parlance) and persuade all your friends and family and other marks to buy Kleptos from you, you STIMULATE DEMAND and once there is a demand or even HYSTERIA that makes Kleptos scarce relative to . . . er, demand, the price of your Kleptos can go up!

So if you bought your Kleptos five minutes ago at, say, $10 per Klepto (see above), you can by now sell your Klepos for as much as $15! This makes you $5 on the Klepto without you having to lift a finger except as far as your computer keyboard or do anything at all except persuade everybody else to buy them from you!

It is very easy to see that very soon we will all have a THRIVING ECONOMY with the value of the Klepto in your online Kleptobank steadily rising!

When others see its value rising, they too will want to get rich as well and be falling over themselves to buy it from you, thus pushing up the price of your Kleptos even further!

This we call the PROSPERITY BUBBLE, which can just go on expanding and expanding forever, making everybody extremely wealthy without having to do anything boring such as producing something!

And another sure-fire indicator of just how totally brilliant and exciting this scheme is and why you should not miss out by hesitating, or indeed thinking, for a nano second is the number of exclamation marks we could not help but use when explaining it!!!!

So don't delay, get on the gravy train today before it leaves the station! Buy your Kleptos now while they are still only $129 per Klepto!

Here at the Daily Scare we have plenty of them to sell so just send us all your money right away and you'll become incredibly rich but of course not as rich as we shall.

And don't forget, if you missed out due to lack of foresight or brain cells or testicles and become one of the saddoes who don't have any Kleptos, you will automatically become our slave!

And in case you were wondering what happens to all the dollars or pounds or yen or whatever of the old-fashioned, useless money you exchanged for your new brilliant, much cleverer money? Well, let Tom Swindler explained it for the layman thus:

"In simple terms, the old-fashioned completely stupid money that is doomed to become a relic will be phased out and recycled mainly by me buying lots of yachts, helicopters, villas and countries with it."