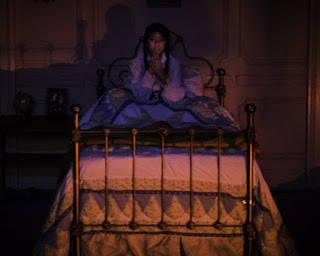 News is just coming in that the invisible creeping menace that everybody feared might start lurking at any moment is in fact lurking much more than was first feared.


We reported earlier on how it first started skulking last month, although not sufficiently menacingly as to instill dread but the situation quickly escalated when it began to show all the worrying hallmarks of creeping and then rapidly mutated into outright lurking.

The deteriorating situation has given millions of people good reasons to be terrified as the lurking has now gone global and the threat has been upgraded to menace.

The government is advising everyone to stay indoors, stay tuned to your TV and absorb as many subliminal messages as you can while there is still time. Not doing anything in the traditional, patriotic manner, is regarded as the best response to the menace at this time.

Researchers, who cannot be identified for security reasons, can reveal the telltale signs by which this latest threat can be identified. They are:


Officials in the Ministry of Threats, however, are considering the possibility that there might be cause for optimism. The government has long been concerned about declining stocks of the threats so vital for maintaining the status quo and preventing citizens and other threats to democracy from getting any funny ideas so this latest menace may just be the tonic the nation needs.

When the world is off its face, Dave Gritt is the last sensible man on Earth.

A tale of the psychedelic apocalypse and one man who thinks he's immune.

Buy it now and disconnect from reality