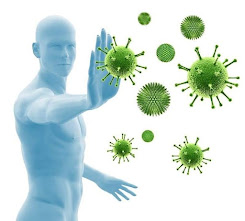 It concerns the Coronavirus epidemic that many feared had died of natural causes but which is now known to have been lying low in Bill Gates' brain waiting for the right moment to strike and cripple the British economy.
It is also believed that it can unleash a new wave of COVID tests that can cause people to become infected and thus unleash a new wave (or spike) of alarm or even dismay that will spread throughout the media before anyone wanted to stop it.

But as, sadly, nobody listens anymore to the epidemiological advice of a British rock band, many have turned instead to a pharmaceutical front group that, coincidentally, has the same name - or even Gates himself on account of him being a bit of a boff with an "O" level in text messaging and a certificate for swimming a width.

Unfortunately it turns out that the Who (the rock band, not the front group) were completely right and their warnings have been confirmed by the WHO (the pharmaceutical front group, not the rock band) concerning the terrifying news that the COVID 19 virus has mutated!

Yes! The virus has mutated as everyone in the pharmaceutical industry was hoping it would! The virus is now much larger than it was, often reaching the size of a soccer ball with - to quote the New Scientist magazine - "lots of soft gangly bits and a yukky furry texture."

It has also developed the habit of roaming around in floating gangs that vandalise bus shelters and pounce on people when they are least expecting it, emptying their wallets and donating the money to Save the Aged Oligarch.

The picture above shows one such gang of "COVIDs" caught on camera when it attacked Arthur Sidlow (43) of Barking during a recent summer blizzard. Mr Sidlow can be seen fighting them off bravely using his Tai Chi moves before they ran off with his wallet.

He was rushed to hospital suffering COVID-related concussion and a COVID-related severed artery as one of the viruses was carrying a knife.

Scientists also report that the virus has developed the ability to turn people blue for no apparent reason as the picture clearly shows.

In order to deal effectively with this menace people are advised to hide indoors and refrain from opening the windows (or touching the walls) until it gets bored and goes away.

The government reports that it is now certain that the virus targets people who are moving about or have businesses to run and similar vulnerable sectors of the community.