GOVERNMENT TO BE QUARANTINED - NATION REJOICES 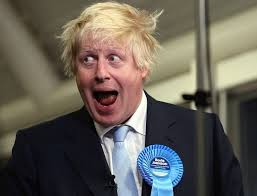 Scientists leading drive to push back the boundaries of common sense and discover new and improved ways to make people wet themselves have made an unexpected discovery.

It has now been established beyond reasonable thought that COVID19 causes brain damage in Ministers, members of Parliament and other people with a weakened personality.

Worse than this is the revelation that, although COVID19 is known to be dangerous for people over 85 and other trouble makers, the brain damage threat appears to strike government ministers with a mental age as low as 12.

Symptoms of the infection have crossed the brain/integrity barrier include the following:

*  An obsession with protecting people who are not in any danger.

*  A shaky grip on reality causing a general weakening and/or yellowing of the backbone.

*  Forking of the tongue.

*  Sufferer becomes disorientated and confused as to what planet he is living on and/or what century he is living in.

*  Inability to answer a straight question

*  Sufferer develops the dead eyes of a shark.

In order to stop the spread of the virus to any more brains, the government is to act on the best medical advice from millions of doctors, nurses, shop keepers, publicans, bus drivers, plumbers, housewives and other experts, and submit to a full quarantine of no less than five years.

Shockwaves of relief are reported to have reverberated across the nation at the news.