that may alleviate the current several-hours-long shortage of things to be terrified about that has terrorised Britain, whilst adding to the growing mountain of evidence that the world is run by extremely rich mental patients.

The discovery was announced this morning by the Ministry of Hysteria in the form of a 150 word report that goes into scant detail about the newly-discovered link between Athlete's Foot and heart attacks and strokes.

The report, entitled "Vaccines are Innocent After All", subtitled, "And We're Not Even Lying", is the result of several minutes brainstorming by scientists described by the government as "top secret". It blows apart the myth that the Covid vaccines are responsible  for a sharp rise in such fatal adverse events that began just after the Covid vaccines were rolled out.

The report's take-down of that evidence-based misconception the vaccines have killed lots of people, came in the form of an eloquent rebuttal that left thousands of vaccine opponents speechless, quote:

Blame has consequently shifted to various places where it doesn't belong - a process known as "transaccusation" Prominent prominent amongst these is Athlete's Foot, and this has, to quote one scientist, "Let the killjabs right off the hook."

Jane Fibbs, Secretary of State for Hysteria responded to the news with:

"This just goes to show that Her Majesty's Government are not the mass murdering psychopaths the evidence suggests. We hope the British People will henceforth not be so easily influenced by facts and evidence because facts and evidence can be used to undermine what the government is doing to support the WEF (World Extermination Forum), Kill The Plebs, Help a Barmy Oligarch and other humanitarian endeavors that are good for everybody in manifold vague and mysterious ways.

The revelations come after researchers discovered that a terrifying 46% of stroke and heart attack victims were suffering from Athlete's Foot at the time of their demise.

The definition of Athlete's Foot was, by an amazing coincidence, just days prior to the discovery, amended to include corns, bunions, ingrown toenails, flat feet, chilblains and gout.

Athlete's Foot is now recognised as a killer even more dangerous than medical treatments and to counter it, the government plans to introduce the compulsory wearing of foot masks and making the wearing of sandals illegal.

A source close to the government said, "We are glad we've cleared that up and it is lucky for the unsuspecting public that we are here." 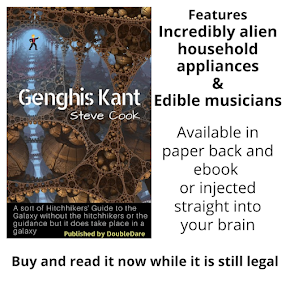