people being incorrectly labelled 'deceased" simply because they have stopped breathing has led to a startling discovery.
As Doctor Statts of the Office of National  Psyops explained"

"Once you factor in our improvement of the definition of 'death' a remarkable thing emerges: hardly anybody has died from the Covid Jab! This came as a bit of a shock on account of people dropping like flies after being jabbed but, well, the statistics cannot lie! Well, not this time at least."

The revelation comes after the discovery that "death", one of the covid vaccines' more serious side effects ungrateful people have complained about, has been incorrectly defined, an administrative error that has let to gross inflation of the death-after-the-jab stat.
It was found that the victim's death certificate, whilst having the signature of the coroner and attending physician was in almost every case missing the signature of the deceased.
As Doctor Statts explained:

"To count as a death, the death certificate must contain the signature of the deceased person attesting that he or she has in fact expired. Without that all-important signature there is no proof that death has occurred."

As a result, where the death certificate of any "vax injury" deceased has their all-important signature missing, it cannot be counted as deceased and must be officially reclassified as "not very well".
As the signature of the deceased has been omitted in all but a handful of cases' this has meant that the vax fatality rate has had to be re-assessed.

In an unexpected and miraculous turn of events, this has led to the vaccine fatality rate being close to zero. 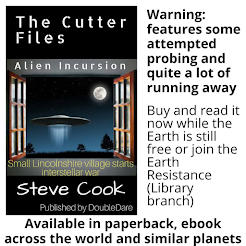