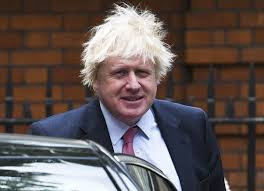 Boris Johnson today made a dramatic new pledge as to his very first action if he becomes the UK's new Prime Minister in December.

Speaking to a hushed and incredulous audience at a meeting of the Conservative action group "What's left of the NHS is safe with us, honest" in Dunlistnin, he announced: 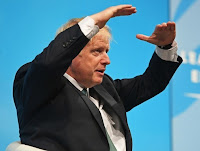 "My promise to the people of Britain is that if you elect me your Prime Minister, I will immediately invest in a jar of Brylcreem and a comb and do something about my hair."

During a well-earned break from fibbing, I later put it to Mr Johnson that that vital investment of time and effort might be better done sooner rather than later because looking like a Muppet undermines his claim to be the man to manage the country for the next five years when he cannot even manage his own personal grooming.

To this he produced a compelling counter-argument: "No it doesn't."

He went on to explain, "What you have to understand is that I am really, really busy. I'm up early every morning and spend all day doing politics stuff and shit and I simply do not have time to spend in front of a mirror with a comb, or even buy a comb. All that will change when I am PM."

As Johnson's controversial claims propelled the issue of the candidates' personal grooming to the fore - in what has already come to be known as "Scruffypoliticiangate" - the Labour leader, Jeremy Corbyn (pictured left) countered with his own proposal to "raise confidence in NHS dentistry" by getting his teeth fixed.