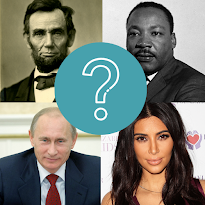 by Steve Cook
Geneticists in the USA have engineered a new strain of politician amid fears its introduction into the political food chain may contaminate the entire balance of power and precipitate some sort of crisis that, whilst vague, is nevertheless spreading terror throughout news rooms across the planet.

The latest development from the not-at-all-mad world of genetic engineering is an attempt to replace a naturally occurring mutation that many people have found quite annoying.

The mutation was discovered a few years ago when it became obvious that alongside normal humans (homo sapiens) there had emerged a new, yet inherently flawed, species (homo nonsens) very similar to human beings yet different in several significant ways.

Although the new species has attempted to hide its differences and thus avoid detection and the inevitable fatal backlash of sarcasm, disdain and potentially lethal ridicule, it is identifiable by significant characteristics.

These characteristics include:
Purely physical characteristics include:
This quasi-human species is drawn to natural habitats such as politics and the media, banking and psychiatry, where it attempts to geo-engineer the entire planet into a habitat more conducive to its survival imperatives: in short a climate in which homo nonsens lords it over creation as the new dominant species with homo sapiens (itself hampered by genetic defects such as gullibility and a tendency to vote for maniacs) a subservient slave race that will believe everything it is told, no matter how stupid.

Homo commonsens was created by splicing together genetic material from Abraham Lincoln, Martin Luther King, Vladimir Putin and Kim Kardishan. It has several characteristics that distinguish it from homo nonsens, such as:
The prototype was launched earlier this year and is known as the Tulsi Gabbard.

Its introduction into the political food chain has already prompted the Democratic Party into an immune reaction, releasing antibodies into the media known a "slurs" and "fibs" whilst at the same time causing many male homo sapiens to drool..