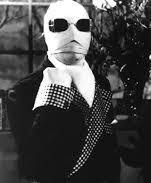 The world was left reeling in shock today as it was announced in the media and other completely trustworthy sources of information that there is another threat going on that should be thoroughly advertised in case nobody notices it is going on.

This is quite in addition to the other horrific threats already going on but is, if anything, even more threatening. People are advised to be as afraid as they possibly can and put their complete faith in their government, psychiatrists, media and celebrities to make everything all right, at least posthumously.


At this time of crisis the Health Secretary is advising everybody to take the following inactions:

Do not think for yourself as this will tire out your brain.

Breathe in only when you have to.

If you breathe out, catch your germs in a bucket, then dispose of them hygenically in a nuclear reactor.

Rely only on newspapers and politicians for information as it is scientifically proven beyond reasonable thought that these are the wisest people who ever lived and they know everything and what they don't know - such as the truth - isn't worth knowing.

Wrap a large bandage around your face until you have difficulty breathing (see pic above). This won't help much but it will bring you peace of mind by anulling your individulaity and signalling your submission to and support of the government no matter how stupid it is.

Keep your children out of school so as to spare them the stress of learning and leave room in their small brains for lots of worrying about their health. Homeschool them instead on the full list of Reasons to be Fearful and Take Antidepressants (the full list can be found on the government website www.dread.gov).

Remember the government's new motto that is designed to get us all through this threat and ready for the next one:

The new threat, anonymous scientists have revealed secretly to the government, comes in the form of a mutated COVID19 virus, the COV Exaggerated RNA Type 20 (COVERT2).

The COVERT2 virus is especialy threatening as it has no symptoms and thus is very difficult to detect without elaborate tests that cost the NHS a hundred thousand pounds per test.

Thus someone can catch the virus from a carrier by, for example, accidentally licking a door handle or being in the same county and not even know they have it!

As the carriers of this deadly asymptomatic pestilence exhibit no symptoms either, it is impossible to know who has it and who doesn't have it, which is doubly worrying. All we do know is that carriers are at their most infectious when they are exhibiting no symptoms.

Scientists have been tasked by government to find the answers to this mystery so there is every hope that we will know much less in the near future.

Yet as things stand at the moment, the situation is quite serious because someone can be suffering for years with COVERT2 without any of the usual warning signs there is something wrong with them before they get better entirely, by which time it is too late! Some people, it is feared, can go for decades without every knowing they are ill.

Scientists advising the government have advised scientifically that 140% of the entire population could already have been laid upright or rendered ambulant by the virus amd not even realise they are suffering!

This has led the same scientists, working anonymously in secret laboratories buried deep under the Mountains of Doom (Shropshire) to conclude that the new disease is so asymptomatic that the only way to tell you are ill with the virus is that you are completely free of any symptoms!

Thus people who are not ill have been fooled into thinking thay are well even while they are in fact alive which is, when you think about it, a close cousin to beoming dead.

If you find yourself exhibiting these worrying signs of having no symptoms, you are advised to panic inmediately and find the nearest caualty ward where you can have hysterics as is your God-given right as a British Citizen.

Medical staff will be on hand to cure your lack of symptoms immediately.

It is now understood that the best antidote to this new threat is to put the NHS on hold, introduce stiff fines for anyone becming ill and reinstate Communism.