The nation mourns as medics report, "nothing to worry about" 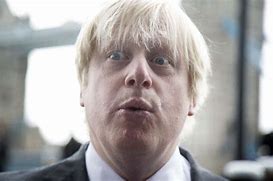 British Prime Muppet Boris Johnson was rushed to hospital this morning after being taken ill. He was struck by a series of dizzy spells before and during a press briefing in which he was seen to lean on the NHS in order to steady himself.

He spent several hours at St Judas' Hospital near Traitor's Gate in London where he underwent tests and was later released when doctors were able to confirm that there was "nothing to worry about", which for many was the dire news they had been dreading.

A  spokesperson for St Judas told reporters that the PM's sudden illness was most likely COVID related and "due to him taking so many u-turns he became dizzy."

Boris was back at his desk by the evening and the nation promptly went into mourning.

It was believed at first that side effects of the medication he has been prescribed to manage a severe case of forked tongue might be responsible for the dizzy spells but this was eliminated after a thorough examination.

He has been advised to limit the u-turns to no more than one a day.