Scoops top honours including "Most Brilliant Disease of the Decade" 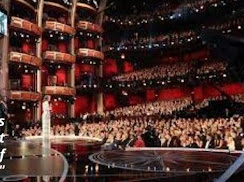 by Steve Cook
Typo City 31/8/20
Last night's Pandemic Epidemic and Disease Oscars (PEDO) event saw COVID19 win the covetted Most Brilliant Disease of the Decade award along with a host of other top honours including:
The award for Most Brilliant Disease, the PEDO, comprises a statuette of a corpse at rest atop a small globe representing Earth and inscribed with the legend "R.I.P" It is fashioned from a polished human thigh bone and comes with a cheque in the sum of the gross Domestic Product of Europe made out to the winner.
It was given to the head of the COVID19 production team, Gill Bates, by CEO of Sumwatt Toxic Chemicals Inc, Dennis Hitler, the inventor of the Euthenasia vaccine and the Spontaneous Human Combsution (environmentally friendly) microchip.
Bates was unable to attend due to a previous mass sterilisation engagement in India and the award was accepted on his behalf by his devoted manservant and British Prime Muppet, Joris Bohnson.
Fresh from the set of the latest Muppet movie, due to be released in 2021 and titled The Muppets Troll Facebook, Bohnson gave a gushing speech in praise of COVID 19 and its contributuion to the vaccine industry's humanitarian efforts to subdue humanity in case something happens.
In the true Churchillian style for which he is not at all famous, the PM said:

"Never in the field of human con jobs has so much crap been foisted on so many by so few and well, gosh - and I say this with every ounce of vigour in my hair - this is, like, totally brilliant. It just goes to show what sort of ... er, brilliant, good egg, top prefect, all round messiah and non-backmailer Gill Bates is! And his vaccines are well brilliant as well and we should all chuck lots of money at them and be injected with lots of them to make us safe from everything - like athletes foot, piles, dandrujf and other mass killers and such so we never have to worry about thinking about anything ever again - especially things like "what's in that vaccines and why can't I feel my toes?" ! Anyway COVID 19 has proven a masterpiece of horror fiction that has brought terror to ordinary people the length and breadth of the planet, a total hit that stands to rake in, like, a bazillion pounds or something. The script and the performances by its cast are so compelling that one could easily become convinced that the world really should accept a global dictatorship for fear of catching the flu . . . "

It was at this point that Bohnson became a tad too worked up and had to be helped from the stage and taken to the backstage first aid station where he was given a shot of TORPID, the new vaccine distilled from refined Mercury for COVID-related over-excitement.
The vaccine is not yet available for incapacitating the masses as it is still undergoing safety and efficacy trials that require extensive testing on middle-ranking administrators such as Prime Ministers.
Related Articles