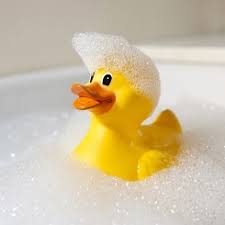 The government today reacted furiously to seeing  months of hard work needlessly terrifying people for their own safety undone in a single newspaper article.

The offending article appeared in the Daily Mirror and reported on how, according to a statistician working from the government's own figures, the statistical risk of dying from COVID19 is about the same as taking a bath (see article here).

The government was quick to put the Mirror in its place for unexpectedly entering proper journalism into the controversy over whether the COVID19 virus is (a) as deadly as the government says it is (b) even worse than that or (c) the most lethal killer ever to stalk the planet since last year's flu season.

Jane Fibbs of the Ministry of Hysteria, interviewed this morning during the BBC's Grim Reaper and Chums breakfast show, told a hushed and mostly probably dead TV audience that,

"Whilst the Mirror alleges that COVID 19 is really no more dangerous than taking a bath, we in the government have consulted proper scientists who use real science to analyse the situation scientifically and we are able therefore to offer an expert rebuttal, which is (and you can quote me on this): oh yes it is!"

This comes after mathematical modelling by Confusing Sums expert Neil Charlatan predicted using maths too mathematical for people and similar ignoramuses to understand that 64 million Brits could die by the end of the century within days, weeks or months of having taken a bath.

The PM explained that whilst no-one understood Professor Charlatan's math and his predictions had been consistently wrong in the past, the law of averages dictated that he would have to get a prediction right eventually. As he was by now long overdue for such a mathematically rare event - a fact that was proven by probability equations produced by Professor Charlatan, it was decided to entrust the nation's fate to his advice.

In the process the government was forced to ignore the twelve hundred other experts who advised that Charlatan was in fact a complete twat, ruin their reputations, pronounce them frauds and force them to make videos that could then be taken down by the YouTube Thought Police.

Meanwhile, Jane Hysteria of the Ministry of Fibs weighed in during the mid morning, "Choose Your Virus" show on Radio Herd with,

"I think this just goes to show that the journalists at the Mirror are conspiracy theorists followed by a  tinfoil-hat-wearing goofball 78% minority indistinguishable from the Flat Earth brigade. After all, they resorted to the trick of using statistics and it is well known that you can use statistics - or facts - to prove just about anything, especially the truth!"

Then during the afternoon, a press release from the Health Minister informed the public in a completely not-scaremongering manner that:

"The latest research clearly shows that taking a bath is nowhere near as safe as people and other uninformed and gullible minorities erroneously believed, thanks to Russian or Chinese hackers. It is a well known fact that autopsies of dead people clearly show deposits of bath salts and similar toxins in their armpits, hair and so forth proving that around 98.9% of the deceased took a bath within twenty eight days prior to their death.This establishes without doubt that in the past week alone 14,000 deaths across the UK were bath related."

Unknown experts believe that this worrying trend will require the complete destruction of the economy and civil society in order to keep people safe - although not from the destruction of minor, expendable things such as liberty, the socio-economic fabric, education, healthcare and peace of mind. These measures will be enforced in the traditional manner of bypassing the usual dangers and pitfalls of consulting anybody. Earlier experience with consulting people, during the days of the government's brief 20th century flirtation with democracy, showed conclusively that most of the citizenry are mentally ill and could not be trusted to do what the government wants, which is after all in their own best interests according to the government's expert advisers such as billionaire oligarchs, drug manufacturers and other humanitarian benefactors.

Further revelations strongly suggest the deadly bath outbreak is even more worrying for those in hospital with other underlying illnesses. It has emerged that more than 99.3% of hospital deaths had had a bed bath within a day of their demise.

The government is expected to call a complete halt to hospital bed baths, switching to a hosing down with coarse sand, until the emergency is over.

Boris Johnson, the alleged PM, went on TV later in the day to brief the nation on this latest welcome helping of alarming news and to clarify the situation whilst giving clear, scientific instructions that would leave no one in any doubt as to how much like Churchill he is.

He told a long-suffering nation that, despite rumours to the contrary, a popular uprising is not advised at this time and,

"Let me be perfectly clear, whilst the risk of dying from COVID19 may be the same as taking a bath, taking a bath can be deadly at times, especially if one does not take proper precautions such as not trying to breathe under water. So it depends very much on how dangerous taking a particular bath is, which depends on the degree of perceived danger inherent in the situation and this can vary according to what we call the "T rate". The T rate measures how many people are terrified by a single scary newspaper headline. Taking each bath-related scenario on its merits, COVID19 is either less deadly than taking a bath if in certain circumstances taking a bath is quite dangerous but if taking a bath is not as dangerous as all that, then COVID19 could be a lot more deadly. Conversely if COVID19 is not as deadly, then one needs to be very careful about taking a bath for one's own safety in light of the fact that it is more deadly than a dose of COVID19 or if one takes a bath in perfect safety yet places oneself in an at-risk group such as being in hospital with an illegal illness such as cancer or diabetes and having a bed bath, then one is at risk even though COVID19 may not be as dangerous as it has been cracked up to be or, on the other hand, less lethal than we first decided to tell you."

Having cleared that up he went onto issue some guidelines, which he was quick to point out were merely suggestions backed up by fines and imprisonment in the Nightingale Gulag currently being constructed in the Outer Hebrides:

"If you must take a bath, for your own safety wear water wings and an aqualung and preferably the all-over protection of a wet suit. Parents are asked to refrain from bathing their children, no more than three  people per bath will be permitted and under no circumstances should you take a bath in a pub or with passing strangers."

Many people and other dissidents are expected to ignore government advice in the best British tradition of dealing with stupid people and quite possibly string up the Health Secretary and take unprotected baths whenever they feel like it. It is expected, however, that the ten percent of people who do everything the government tells them to do and can be identified by their dedicated mask-wearing will now refrain from bathing in best bovine (or, alternatively, ovine) tradition until the deadly bath pandemic is over.

It has been scientifically established that the pandemic will be officially over once everybody obeys the government.

The first is a daily "applaud the plumbing profession" in which every lunchtime all citizens can show their appreciation by clapping whilst donating exorbitant call-out charges symbolically to the Treasury.

The second is a new super-puerile slogan as a substitute for rational thought to replace the previous one which everyone got sick of hearing about:

cientists have discovered nobody knows what RNA means.