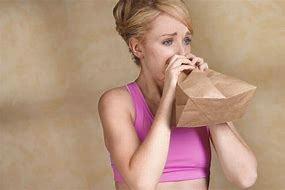 The world was bracing itself this morning as anger has boiled over at the news that something is going on.

When things start going on, it is well known that no good will come of it and thus the menace of this new threat prompted a furious response from the Prime Minister, who declared a Fuchsia Alert.

"There is no room in Democracy for things going on and similar outbreaks of extremism," he said.


The move, though, has proven controversial with many in the security services declaring that the alert should be upgraded to Brown Trouser or even Let's all Wet Ourselves, whilst in the US, President Trump mentioned the maelstrom of alleged events in a speech - although he cleverly avoided referring directly to them.

Meanwhile, the mainstream media has blamed Vladimir Putin who has already been found guilty the length and breadth of the nation's tabloids of being there and then compounding the situation by not being dead.

Innocent bystanders are thought to be more at risk than usual as the crisis quickly evolves into what President Quel-est-son-nom of France described as "probably fairly horrible", although he did also say we should reserve judgement and refrain from swearing - except in English, which is known to be the best language for swearing in -  until we have one or two facts.

Facts, unfortunately, have been in short supply since stocks ran dangerously low during the last century's Fact Famine and some even doubt they ever existed in the first place. As a result, ashen-faced people across the planet have taken steps to protect themselves from the crisis by doing nothing at all, although there are fears that millions of people may, come the morrow, do even less.

We regret to inform you that there is however a glimmer of good news amid the welcome doom and gloom with the announcement that the biotech giant, Not-at-all-dangerous-chemicals Inc, have developed a vaccine from ocelot spit and antifreeze that is guaranteed to probably work once it becomes mandatory.

We urge you to stay tuned to The Daily Scare throughout this crisis and send us your money. You may have little need of it in any case if events turn out the way we hope and fear they will.

We will strive torpidly to keep you updated as rumours escalate and we will, of course, do our utmost not to scare the crap out of you except in the increasingly likely event that we will really, really have to.