Millions may suffer from the new disease they've seen advertised. 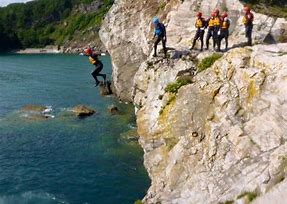 It is well known that the world's worst epidemics are those named after animals.

Thus, in recent years we have had the airborne bird flu and swine flu, which were notorious for slaughtering more than a hundred people the world over. They were of course not merely epidemics but pandemics and it is a scientific fact that any demic beginning with pan is a whole lot more scary than ones merely beginning with epi.


Then there is the infamous Tortoise Fever that is still cutting a swathe of carnage across the planet and has as yet defied all efforts to find a cure. Tortoise Fever sufferers exhibit several symptoms. Among these are a tendency to move very slowly, especially in queues at the Post Office, when purchasing train tickets or pushing supermarket trollies. And don't get me started on Morris Minor drivers in the fast lane of the M25. Sufferers die very slowly as well, sometimes taking as long as 80 or more years.

It comes as no surprise, then, to see a new pandemic being advertised with such marketing aplomb that its popularity is virtually guaranteed. This is the Lemming Flu, a media-borne virus that strikes down people with nothing else to worry about.

The virus is known to cause brain atrophy - and thus is also often referred to as the Stupid Virus.  Sufferers believe everything they read in newspapers, have hysterics on social media and wear surgical face masks for no sensible reason despite being 10,000 miles from the outbreak's epicentre (or panicentre).

Lemming Flu was first released during a press conference in Hysteriabad in Outer Mongolia and then spread rapidly via word of mouth and email to nearby Hypeistan prompting governments to annoy their citizens even more than  usual and biotech companies the world over to discover a profitable vaccine that just happened to be sitting in their fridge with nothing to do.

Related News: Lemming Flu may be a blessing in disguise, says government worried about a dangerous shortage of threats.