Reality is fake. New TV series reminds everyone of what they already know 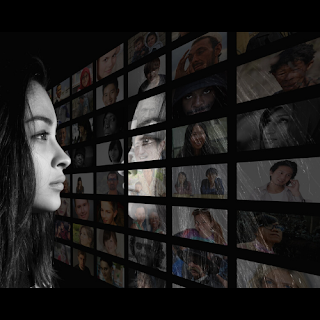 Armageddon Productions have today announced the release of an exciting new sci fi TV series based on the hit movie, The Matrix.

Entitled The Mediatrix and directed by Bulgarian director Salazaar Bim, who is famed for such horror and sci fi classics as "Are We All Really Dead?" "Measles Apocalypse" and "The Man Who Lost His Sandwich", the series further explores the theme of a sleeping humanity living in an artificially-created fake reality.


The series follows the adventures of "Eno" a man who, like the rest of the human race, is unaware that he is trapped in The Mediatrix, a convincing artificially constructed reality created by a sinister race of half-lizard aliens known as The Oligarchs.

Having taken over the Earth using assassins known as "Psychs" who infect the human brain with chemicals that stop it working properly, thus driving everybody slightly mad, the Oligarchs keep human beings in a state of unawareness so that they can feed parasitically off of their energy, industry, taxes, high-interest bank loans and so forth, without their victims becoming justifiably miffed.

The fake reality of the Mediatrix keeps everybody from understanding what is going on or becoming aware that they are being bled dry by a race of complete twats. It convinces them that reality is unpleasant, threatening and confusing, a state of affairs that is only manageable by electing authoritarian dictatorships known as Democracies, keeping their heads down, not thinking any more than they really have to, agreeing to slaughter lots of other people they have never even met and keep taking The Red Pills (or Green Pills, Blue Pills, Yellow Pills, Blue-and-Yellow Pills etc etc) that go by such names as Antidepressants, Antispychotics, mood stabilisers, sedatives and other endearing epithets.

When the series starts, the main character, Eno, is working as a respectable computer hacker making a living installing software in unsuspecting people's computers that convinces them to buy software that will prevent people installing unwanted software in their computers.

He encounters the mysterious Awfleus who hints at the existence of the "Mediatrix" in a series of pithy, oracle-like remarks that make no sense but are evidently preferable to just explaining the ruddy thing in plain English.

Undeterred by Awfleus' creepy manner that makes him come across as slightly demented at best and, at worst, a serial killer, Eno is gradually drawn into the mystery of the Mediatrix. His awakening finally occurs when Awfleus convinces him to stop taking the Red Pill - and, indeed, the green-and-blue one he has been taking since he was in the womb and contracted prenatal depression due to a problem with confined spaces and no internet access - that have kept him "zoned out and tuned in" for so long he had become convinced he could not live without them.

After a prolonged and nightmarish withdrawal in which he dies twice and has to be given CPR by the attractive leather-clad Spinity, Eno finally wakes up, stops believing newspapers, the TV, politicians and other devices that implant fibs by a process known as "spin" directly into the brain. He thus begins to unravel the mystery of how the fake reality that has kept humanity spellbound is constructed.

This enables him at last to wake up to Reality.

But there's a catch. Emerging from the fake reality, which is often known as The Main Stream, Eno enters what he believes to be the real world only to find that this too is another fake designed to catch anyone who escapes from the first construct.

The Alternative reality is known as The Blogosphere. It is constructed parallel to The Main Stream using memes, social media posts and comments, tweets, cheeps, poots and warbles and similar brain implants claiming veracity by virtue of being "Not The Main Stream".

This parallel fake universe is aimed not so much at people who are actually awake but at people who think they are awake - or at least dimly aware that they probably aren't.

It takes Eno quite a while to twig and then escape from this second artificial and equally depressing "reality" into a world that is, refreshingly, not all that bad and actually fairly okay, in which people are all right, try to be nice to one another and get along despite the best efforts of slimy gits to make life unbearable.The series follows his efforts to free others, often against their will, from one or the other (or both) of the realities in which they are trapped whilst being pursued by the Psychs, inhuman assassins sent by the Oligarchs to stop him.