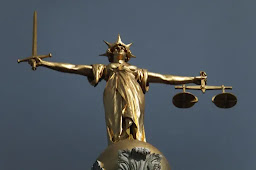 trouble with the law this morning, which resulted in my arrest followed by a conviction for breach of the peace, a £1000 fine and a 6-month sentence suspended for three years.

Personally, I blame the government. While I am grateful for its efforts to give me something to erroneously feel superior to, I really do think it is time we demanded that it make a better job of doing our thinking for us.

And what was my offence? Trying my damnedest to be a good citizen!

I took on board all the conflicting advice about wearing a mask and decided I would use my ingenuity and create one of my own that really covered all the bases. The problem with the masks most people wear is that while they fulfill their primary purpose of achieving herd mentality, they are not really well designed when it comes to protecting us from germs.

Masks are going to be important until the day dawns when we have the entire planet thoroughly sterile but the current masks are flawed in that they only cover the nose and mouth. While that is great for suppressing individuality or smiling, it leaves the eyes, ears and scalp open to attack. One cannot be too careful with this virus, which is sneaky and can infect you without you even knowing you've had it and fool you into thinking you are not ill by not having any symptoms!

And I know at least two people on Facebook who think they probably might of had it and my friend Simon's Uncle George's tobacconist Mr Gupta probably died of it last Tuesday and he was only 94 with the rest of his life ahead of him! What a waste! The poor man suddenly developed a cough that wouldn't let up and before anybody knew it, he'd pretty much coughed himself to death! He had COVID19 right there on the death certificate - although Simon thinks that smoke inhalation might have contributed in Mr Gupta's case - due to him have set fire to his mattress after falling asleep whilst smoking in bed.

So that proves it all right, we're being hit by the worst epidemic in history, an epidemic so serious that it is the first one Prime Ministers have gone on TV to talk about.

Yet NOBODY, even politicians, is talking about it how it affects the brain! It has rendered millions of people unable to agree on anything and made millions more prone to holding two contradictory ideas at the same time: whilst believing that one cannot trust the press or government one iota they also believe everything they are told by the government and press! It has also rendered governments incapable of communicating coherently or keeping accurate statistics, although many believe it has merely exacerbated a pre-existing condition.

So I made a mask that is lightweight, made of a fine mesh so I can breathe and, as the virus can get you through your eyeballs, ears or scalp, I made it so it covered my whole head, but was cleverly see-through so I could still see where I was going.

Even better, I was even able to fashion it from common-or-garden material I found in the bin so it cost me absolutely nothing to achieve full protection from the neck up.

I proudly wore my mask for the first time this morning when I went out to the shops. having of course first checked to ensure I had  permission from the government to leave my house.

I think people were impressed as I got a lot of admiring glances.

My first port of call was the bank as I had a couple of cheques to pay in. That's when the trouble started.

The moment I walked through the ruddy door people started freaking out, a pretty young cashier by the name of Karen started having hysterics, a siren started blaring and I was rugby tackled to the floor by some have-a-go neanderthal named Dennis. Then the cops arrived . . .

All that fuss over a mask! I wish the government would make up its mind. First they tell you to wear one, then they arrest you for wearing one!


I think I was  treated very badly for the crime of doing my civic duty to propitiate the government, which is every citizen's birthright after all!

But make up your own mind.