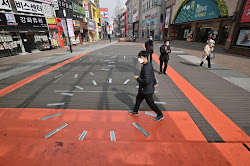 The DaVinci Covid is a futuristic mystery thriller loosely based on a work of fiction by Gill Bates and directed by famed Bulgarian director Salazaar Bim ("The Man who Lost his Sandwich", "The Mediatrix")

It takes place in a dystopian near-future (next Tuesday) in which The True Believers of the Lockdown Death Cult, led by their sinister High Priest known as The Health Secretary, have taken over Britain.

The coup, which placed the fate of millions in the hands of a secret committee of intellectuals (generally recognised as a recipe for disaster by everyone except intellectuals), was achieved by replacing the Prime Minister with a pliable muppet whilst using repetitive commands to hyponotise large section of the population into thinking they have been wiped out by a virus.

The story features the efforts of businessman Simon Dolan to bring the government to justice for crimes against common sense. To do so, he must do battle with the masked True Believers who put all kinds of obstacles in his way such as the judiciary as well as intimidating the general population by frowning or tutting at non-masked Unbelievers in Tesco and other hotbeds of unrest.

The title of the film derives from the custom of the playful psychological warfare community of referring to well executed capers such as the COVID19 psyop as works of art or "Da Vincis".

Simon and his small band of Unbelievers comprise a small, desperate 70% minority of the population. They yearn to be free of wearing the symbolic masks which are compulsorily voluntary and signal surrender to the Great Deceiver as well as the Believer's complete unquestioning assimilation of what he is told by the government and the media.

The Great Deceiver is mysterious being who believes in fibbing as much as possible and at every opportunity and for no apparent reason. He should have been committed but managed to invent psychiatry and use it so as to prevent this happening.Thus he rose to dominion over the planet. He has now been around for centuries, during which time, unrelentingly devoted to buggering people about, he has been responsible for many evil death cults before the advent of  the Lockdown version, including the Tory Party and the Pharmaceutical Industry.

In order to break the stranglehold of the Holy Fibs and Whoppers, the satanic Bible of the Spin Doctors, our hero and his band must unravel the clues encoded in such symbols as "Mask Wearing Rules", "Social Distancing" and "The Way of the Lockdown" that together comprise the convoluted and hitherto incomprehensible, "Mysteries of the  Guidelines".

Much of the story revolves around our hero's attempts to do what no one else in history has managed to do: decipher the hidden meaning in the so-called Twattinachi Numbers such as the mysterious Rule of Six, the six-foot Rule (or two metre Rule), three households per bubble Rule, nine people in a bath Rule and twelve sub rules for every nine rules Rule, the three Ministers per briefing rule, The 24 Charlatans per SAGE Rule, the six fibs per Hancock Interview Rule. One clue to cracking this code is the fact that all the numbers divide into 666

The movie features many harrowing scenes in which the heroes are pursued by zombified bands of the masked Good As Dead who can only be saved by ripping off their masks and exposing them to sunlight, whereupon they discover the life-saving properties of the elixir "Vitamin D" and realise that they are not dead after all.

Plenty of thrills and spills and cliff-hanging moments and brilliantly acted by Matt Bangkok as the Sinister Health Secretary and Boris Karloff-Yeltsin as the tousled-haired Prime Muppet. It is, however, somewhat let down by the implausibly surreal plot that, instead of horrifying, leaves one strangely reassured that such events could never happen in real life.